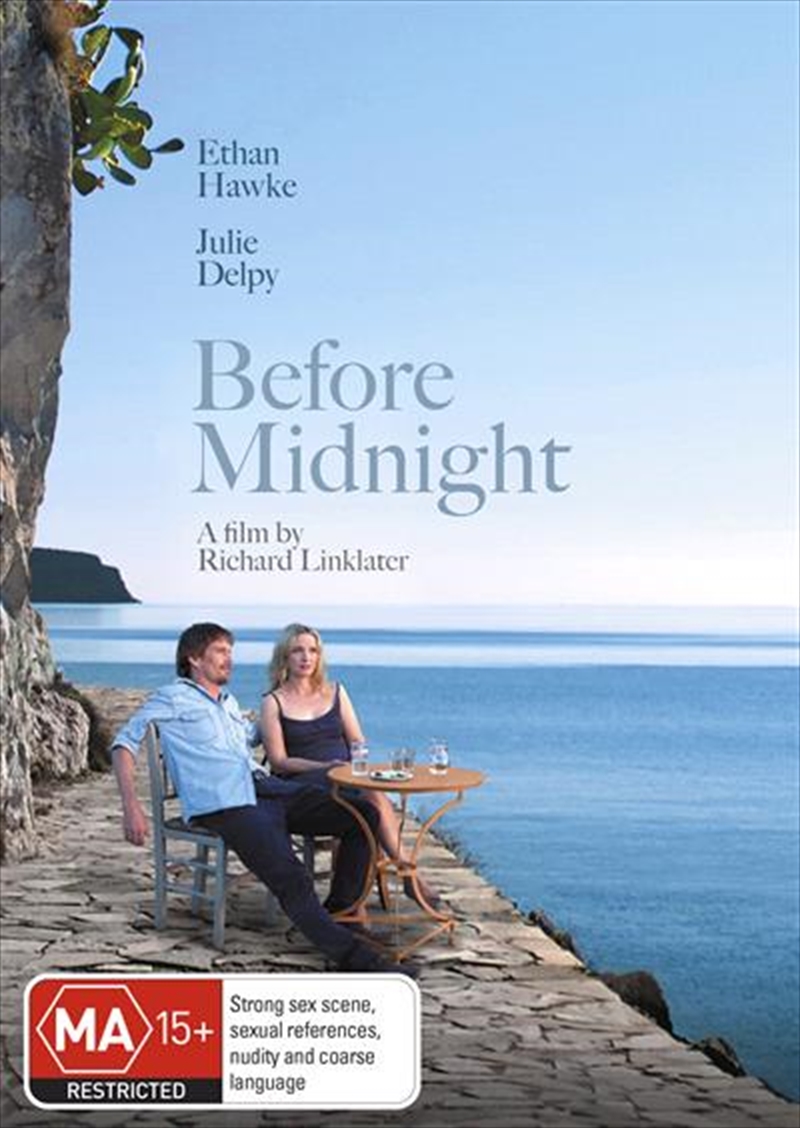 Shipping - See delivery options.
Postcode:
Quantity:
SEE MORE IN:
3 for $20 Movies & More
DESCRIPTION
We meet Celine and Jesse nine years after their last rendezvous, in Before Sunset. Almost two decades have passed since their first encounter on a train bound for Vienna in Before Sunrise, and we now find them in their early forties in Greece. Before the clock strikes midnight, we will again become part of their story. Director Richard Linklater continues his enchanting tale of a chance meeting between two strangers, bringing to it a nuanced perspective only gained by years lived.
TRAILER
DETAILS