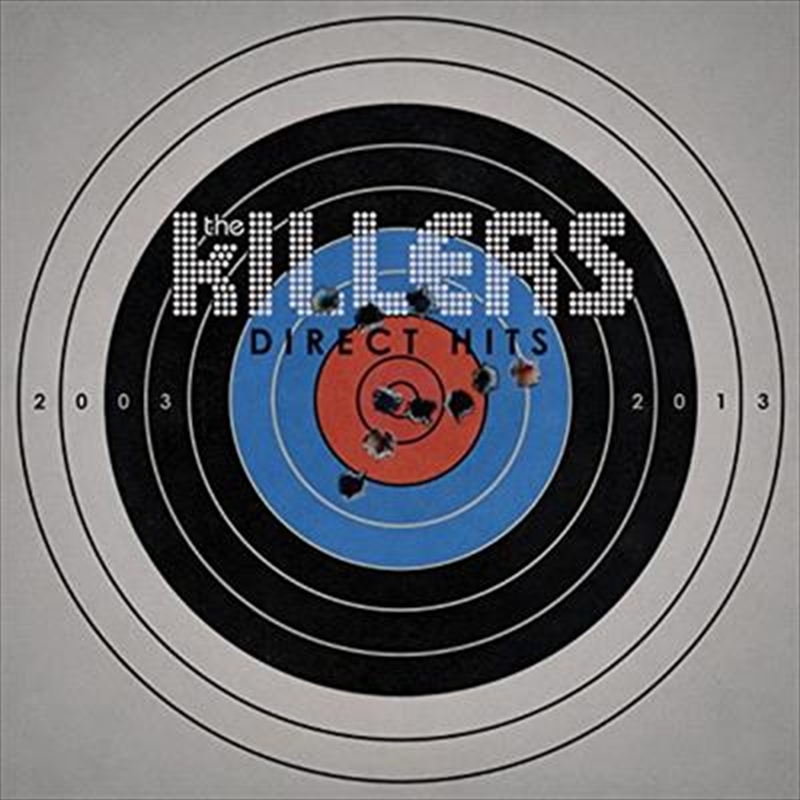 Shipping - See delivery options.
Postcode:
Quantity:
SEE MORE IN:
2 for $25 Music The Killers
DESCRIPTION
The Killers have sold over 20 million albums worldwide, headlined festivals across the globe, performed at The White House, and picked up myriad awards. Each of The Killers’ four studio albums has yielded some of the most amazing songs of the last decade, and, this summer, amidst various festival headlining shows all over the world, they reached a summit very few artists have ever managed: headlining Wembley Stadium to an ecstatic capacity crowd of 70,000. These shows - from their masterful showing headlining this year’s Lollapalooza to their crowning achievement commanding the stage at Wembley - reaffirmed what millions everywhere already know: The Killers have released some of the finest, most memorable, most loved songs of the last ten years, and they’re still going strong.

In celebration of their first decade together, The Killers will release Direct Hits on November 8th, 2013 on Island Records. A collection of singles from their four albums, plus two brand new songs, the album begins with the band’s breakthrough hit - and first song they wrote together - “Mr Brightside.” It follows the group from debut album Hot Fuss and its further singles, “Somebody Told Me,” “Smile Like You Mean It,” and “All These Things That I’ve Done,” through Sam’s Town’s “When You Were Young,” “Read My Mind,” and “For Reasons Unknown,” via Day & Age’s singles, including massive 2008 hit, “Human,” and last year’s stunning Battle Born album singles, kicking off with “Runaways.” A brace of brand new songs completes the set: “Shot At The Night” was recorded with M83’s Anthony Gonzales, and will be released as a single TODAY via iTunes. The video for the song was directed by Robert Schober and was shot entirely in Las Vegas. “Just Another Girl,” meanwhile, was produced by long time Killers collaborator Stuart Price, who produced 2008’s Day & Age.

All These Things That I've Done

When You Were Young

The Way It Was

Shot At The Night