Master Of Crime - Johnnie To Collection 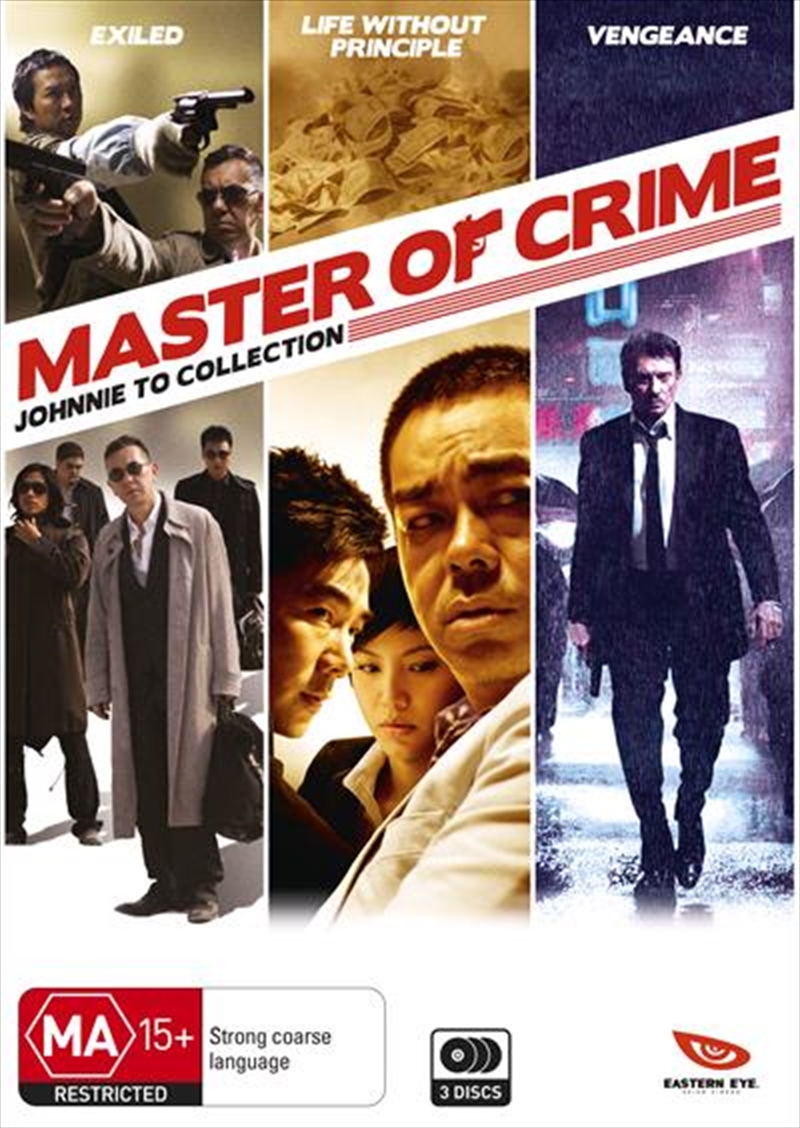 Director Johnnie To has established himself as the master of gun fu, the art of stylish close-quarters gun fights and gritty crime noir, and has managed to establish a huge fan following worldwide. This collection of three films makes for a definitive sampler of the best in Asian crime today. Contains:
1. EXILED - Brotherhood, honour, loyalty, assassination - which one the strongest? In the dark streets of Macau, China, gangster Wo is exiled for his misdeeds against crime Boss Fay and two mysterious hired killers are sent to extract the ultimate payment. However, Wo and his buddies will not go down without a fight.
2. VENGEANCE - His daughter's family were viciously murdered. He has come to Hong Kong to find the killers. He has come for Vengeance. 20 years ago, Costello was once a killer, now he's a French chef. A stranger in Hong Kong, he seeks out the help of a small group of assassins to help him carve a bloody trail to the gang who attacked his family. The only thing that stands in his way is his own failing memory. Taking photos and writing names is his only way of keeping his vengeance alive. To the bitter and vicious finale.
3. LIFE WITHOUT PRINCIPLE - Money is the root of all evil, as three people with nothing in common will discover. The only thing connecting them all is a bag containing 5 million dollars... and their desperate need for cash. LIFE WITHOUT PRINCIPLE is a riveting thriller about right, wrong... and everything in between.