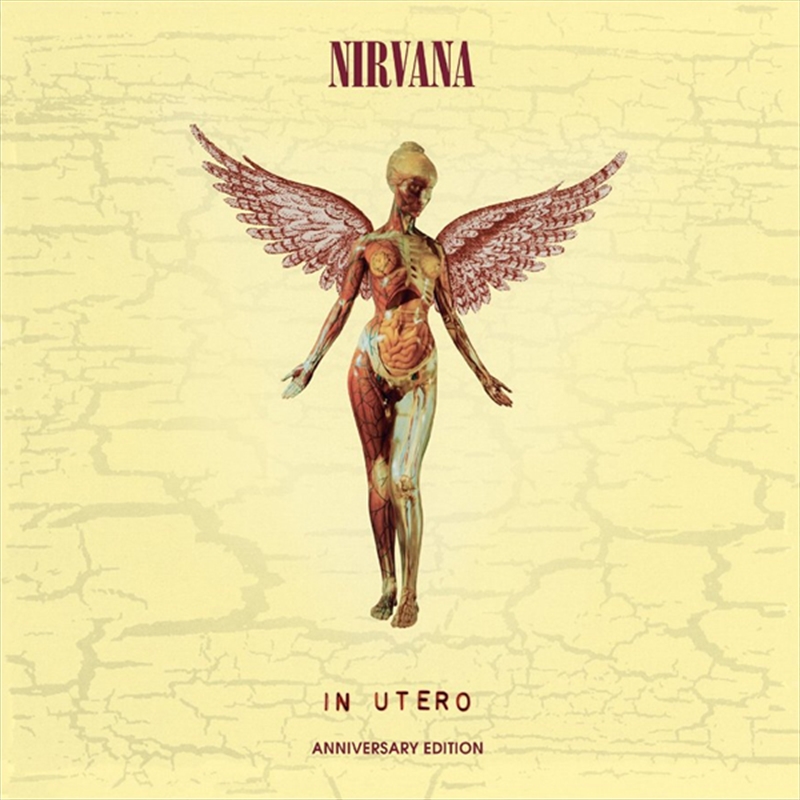 DESCRIPTION
To say that Nirvana's third and ultimately final studio album In Utero was 1993's most polarizing record would be the understatement of a decade. The unadorned sonic rawness of Steve Albini's recording laid bare every primal nuance of the most confrontational yet vulnerable material Kurt Cobain, Krist Novoselic and Dave Grohl would ever record. And with its 1991 predecessor Nevermind having sold some 30 million copies, singlehandedly returning honest rock ’n’ roll to the top of the pop charts, In Utero was essentially the first record Nirvana would make with any expectations from the public. So from the opening quasi-shamble melodics of "Serve The Servants" through the bittersweet closing strains of "All Apologies," In Utero was the sound of the most incredible yet conflicted rock ‘n’ roll band of the era at the peak of its powers coming to terms with a generational spokes-band mantle they'd never seen coming—and ultimately surmounting these struggles to make the record they needed to make. As Rolling Stone's David Fricke said in his review at the time, "In Utero is a lot of things—brilliant, corrosive, enraged and thoughtful, most of them all at once. But more than anything, it's a triumph of the will."

Universal is proud to present the 20th anniversary edition of the unwitting swansong of the single most influential artist of the 1990s with a multi-format release that spreads more than 70 remastered, remixed, rare, unreleased and live recordings over configurations ranging from a 3-CD/1-DVD Super Deluxe Edition to a standard digital/CD remaster of the original album.

Material exclusive to the various versions of the In Utero 20th Anniversary reissue will include a veritable treasure trove of never-before-heard demos, B-sides, compilation tracks, and live material featuring the final touring lineup of Cobain, Novoselic, Grohl, and Pat Smear.