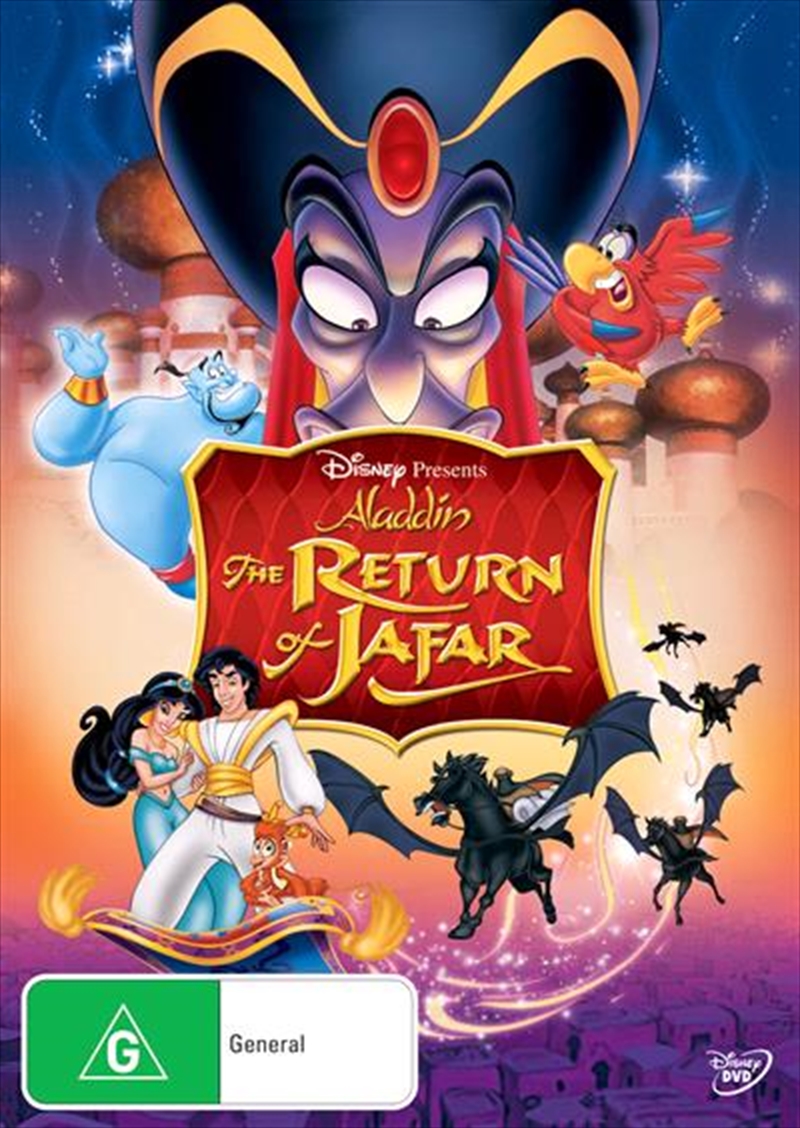 Shipping - See delivery options.
Postcode:
Quantity:
SEE MORE IN:
4 for $50 DVD, Blu-ray & More
DESCRIPTION
Aladdin is adjusting to his new life as part of the upper crust. He and Princess Jasmine may not be married yet, but the pressures of palace society have already begun. On top of that, Iago (the parrot pet of Sultan's ex-vizir turned genie, Jafar) appears asking for help and no one is happy to see him. But things begin to look up when Genie returns from his trip around the world. Meanwhile, Jafar's black lamp is discovered by an idiot crook called Abis Mal. By using Abis Mal, Jafar makes his way back to Agrabah with ideas of payback for Aladdin and his friends.
DETAILS