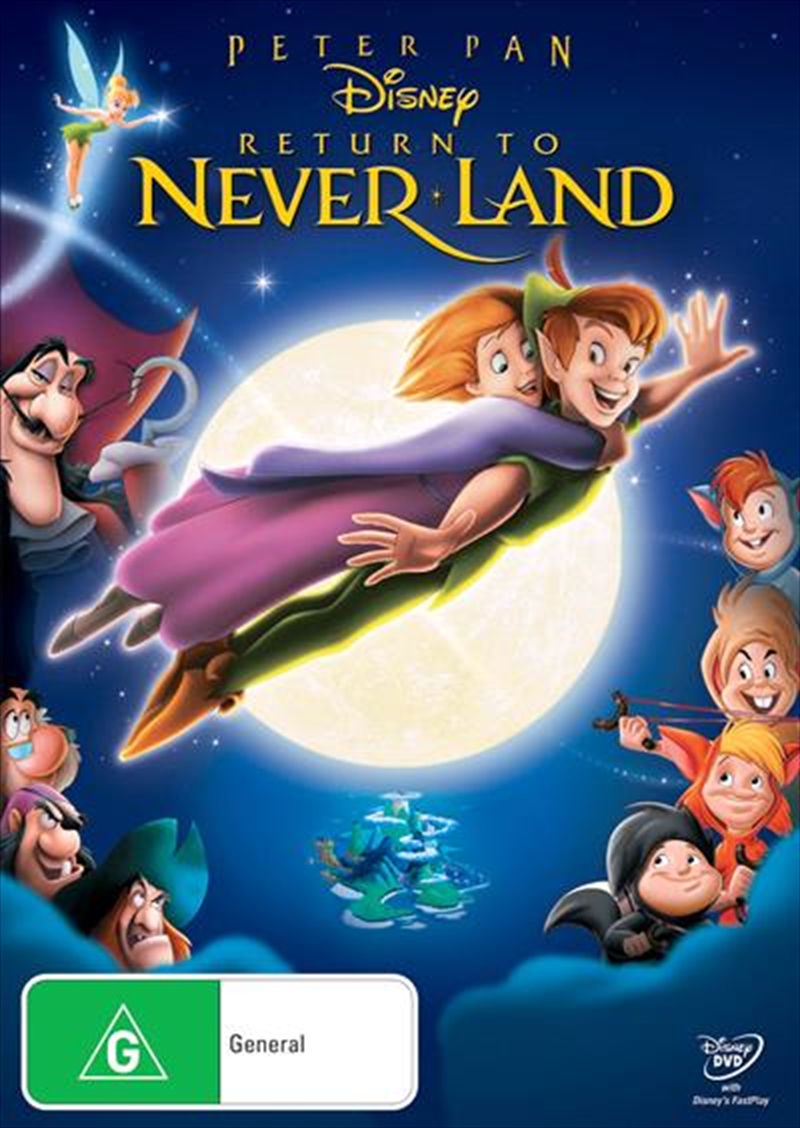 Shipping - See delivery options.
Postcode:
Quantity:
SEE MORE IN:
4 for $50 DVD, Blu-ray & More Peter Pan
DESCRIPTION
From beyond the "second star to the right..." the magical enchantment of Peter Pan is back in RETURN TO NEVER LAND - a dazzling, all-new adventure, full of just as much fun, fantasy, and flight as the original!Your favourite characters including Tinker Bell, the comical Lost Boys, Captain Hook and the bumbling Smee are back - and you'll meet Jane, Wendy's sceptical daughter who has outgrown her mother's childhood tales of flying with Peter Pan. Jane no longer believes in fairies...let alone flying...but when Captain Hook's pirate ship swoops down upon London and carries Jane off to Never Land, Jane discovers revenge on Peter Pan is still his #1 plan. The crafty pirate sets a trap for Peter Pan and Tinker Bell and only Jane can help. It is up to her to call upon "faith, trust, and pixie dust" to take flight and save Peter, and all of Never Land. Featuring marvellous animation, all-new music, and high-flying adventure from start to finish, RETURN TO NEVER LAND is fantastic Disney fun for the young, and young at hear. You'll want to Return to Never Land again and again!
DETAILS