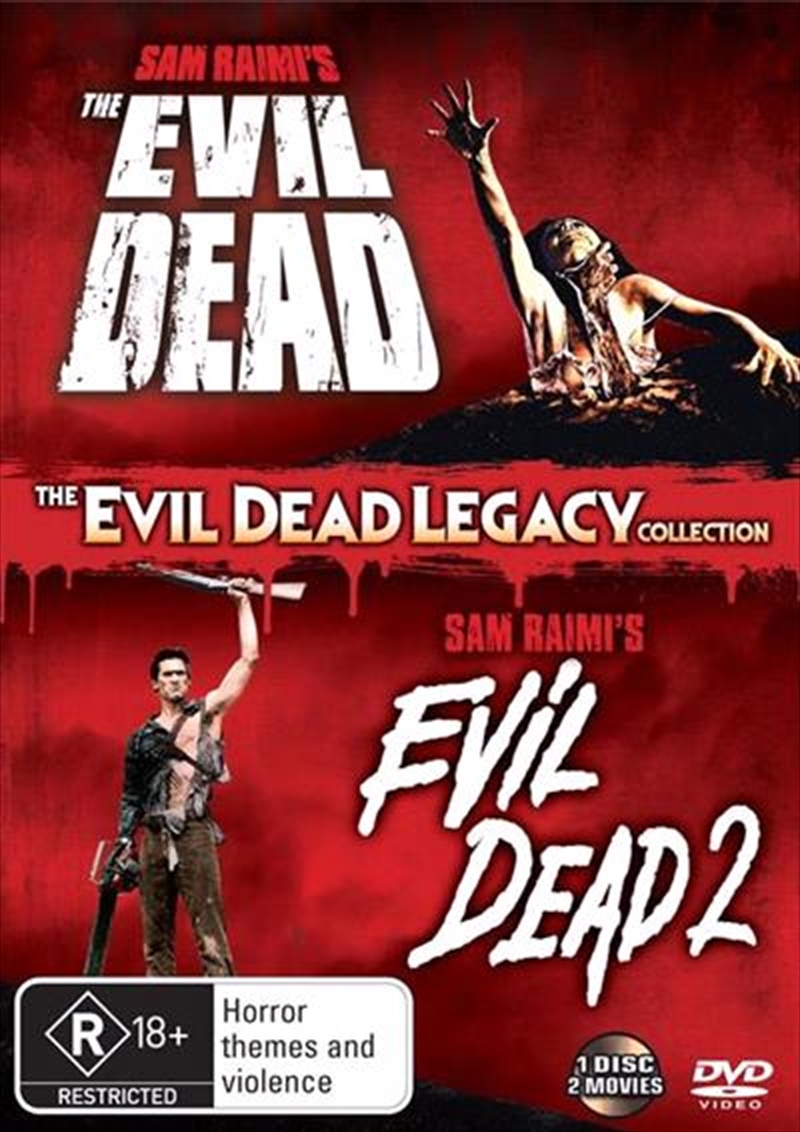 Shipping - See delivery options.
Postcode:
Quantity:
SEE MORE IN:
3 for $30 Movies & More Evil Dead Cant Seem To Stream Movie Collections
DESCRIPTION
The Evil Dead - Writer/Director Sam Raimi (Oz The Great and Powerful, Spider-man 1, 2 & 3) delivers a relentless, gore-splattered debut, and a landmark in horror cinema. The Evil Dead is a no-holds-barred onslaught of gruesome terror and nightmarish effects which has earned its rightful status as a legendary cult classic. Five college students travel to a remote cabin in the woods and unwittingly unleash a monstrous evil force hell-bent on their total destruction. The Evil Dead is truly the ultimate experience in gruelling horror.

Evil Dead 2 - Dead By Dawn - Ash, the sole survivor of The Evil Dead, returns to the same isolated cabin deep in the woods with his girlfriend, Linda. The two discover a mysterious tape recorder and hear a voice reciting passages from the Book of the Dead. Little do they know that the recording is powerful enough to invoke a spell that unleashes an unspeakable, supernatural force intent on having them dead by dawn. After the shocking and notorious cult classic The Evil Dead impaled its way into the minds of a whole generation, visionary director Sam Raimi (Oz The Great and Powerful, Spider-man 1, 2 & 3) decided to elaborate on its twisted scenario by creating one of the most visually deranged and psychotically demented horror movies to ever splatter its way across cinema screens. Featuring b-movie legend Bruce Campbell in his most iconic role as the fantastically unhinged Ash, Evil Dead 2 is a gore-fuelled, splatstick masterpiece.
DETAILS