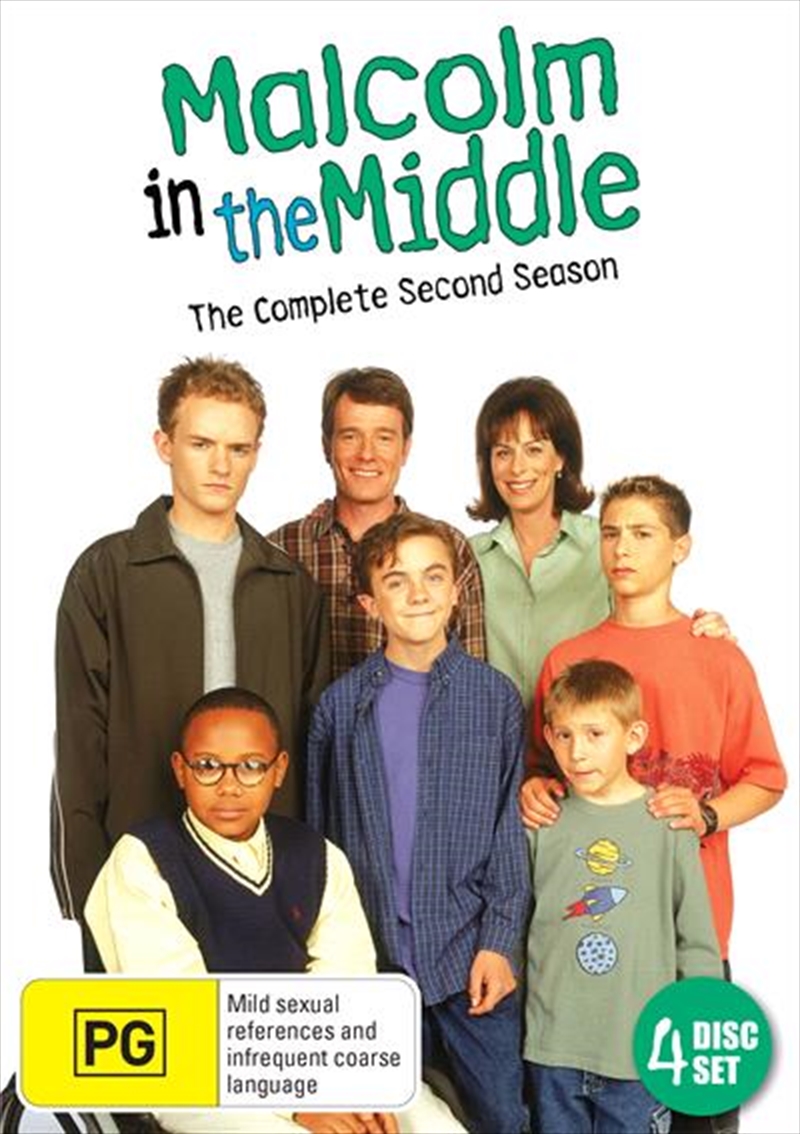 The second season of this inventive half-hour series as seen through the eyes of Malcolm (Frankie Muniz), a normal kid trying to navigate his way through life despite the various obstacles thrown in his way--a complete misunderstanding of girls, an eclectic group of classmates and the constant burden of masterminding plans to get himself and his brothers either into or out of trouble. Although Malcolm has a genius IQ, he cannot seem to make any sense of the opposite sex, much less his embarrassing family. Lois (Jane Kaczmarek) is the outspoken, opinionated Mom, and her creative punishments and tough-as-nails approach always prevent the boys from slipping one past her. Hal (Bryan Cranston), a dad who is a certified legend in his own mind, is perfectly content to let Lois wear the pants, but often finds himself creating more chaos than his four boys combined. Reese (Justin Berfield) has mastered the art of a perfect blank stare, but has made up for his lack of intelligence with deviance. Francis (Christopher Kennedy Masterson), Malcolm's oldest and favourite brother, has grown accustomed to life away from the family, whether it's at a military academy or a dude ranch. And then there's Dewey (Erik Per Sullivan), who just doesn't know any better than to look up to his brothers. Hopefully, he'll catch on before it's too late. Malcolm finds himself truly in the middle!

Title: Malcolm In The Middle - Season 2