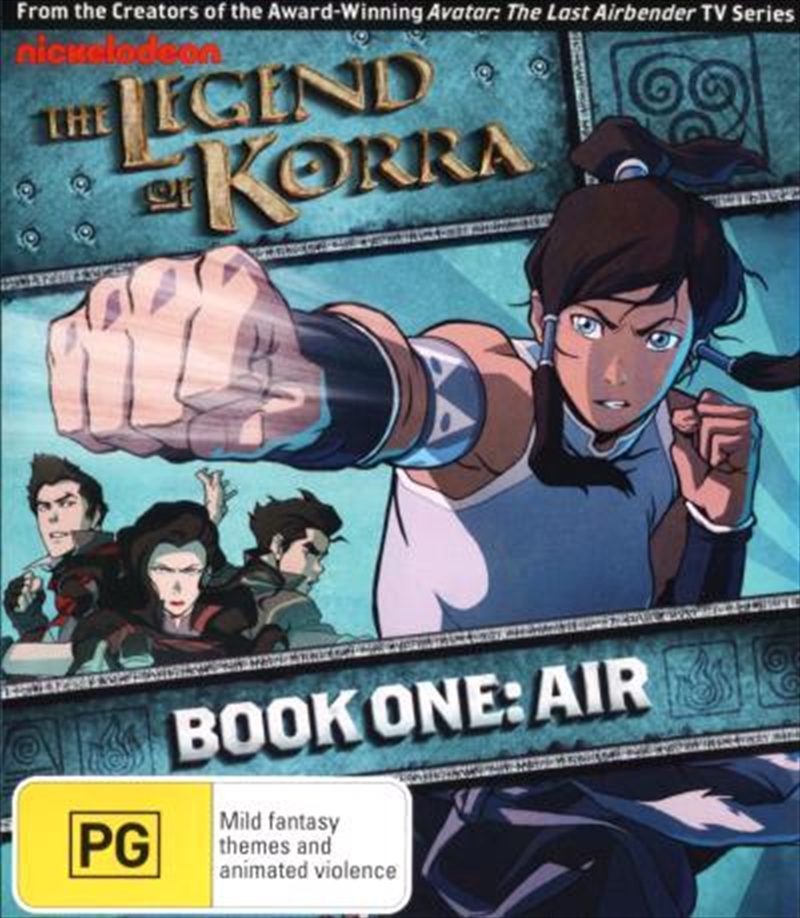 Shipping - See delivery options.
Postcode:
Quantity:
SEE MORE IN:
3 for $30 Movies & More Nickelodeon
DESCRIPTION
From the creators of the Award-winning Avatar: The Last Airbender, comes a new TV series that continues the exciting adventures of element bending. When Avatar Aang passes, he is reincarnated as a girl named Korra, from the Southern Water Tribe. Against the wishes of her guardians, Korra leaves the safety of her home to travel to Republic City. Before long, Korra's Avatar skills are put to the test when she encounters a group of Chi-blockers led by a masked man named Amon. With his Equalists followers, Amon plots to gain control over Republic City and ultimately rid the world of the impurity of bending. Korra and her friends will stop at nothing to capture him, leading to an Avatar adventure like nothing before in Legend of Korra: Book One: Air!
DETAILS