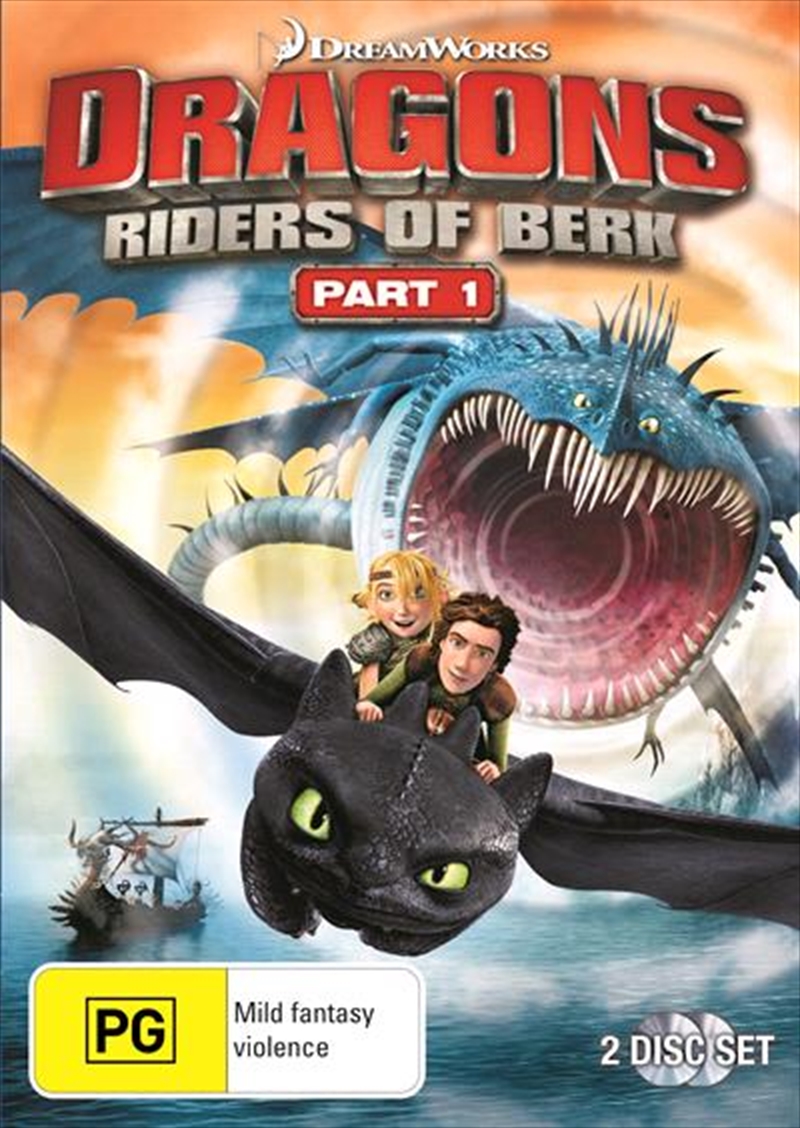 Shipping - See delivery options.
Postcode:
Quantity:
SEE MORE IN:
How To Train Your Dragon Dragons (TV Series) Dreamworks Movies & TV Clearance Something For The Kids TV Clearance Sale Movies & TV Under $10
DESCRIPTION
After Hiccup and his Night Fury companion, Toothless, saved the people of Berk by defeating the Red Death, they inspired the Vikings of Berk to make peace with the dragons. However, Hiccup learns that the co-habitation is far from harmonious with Viking ignorance and the Dragons' instincts threatening to destroy the alliance. To solve the problem, Hiccup's father, Stoick the Vast, organizes the Berk Dragon Academy where his son and friends can learn all about Dragons. Even as grumpy doubters like Mildew and villains like Alvin the Treacherous oppose them, the Viking teens of Berk and their dragons dedicate themselves to achieving a vital understanding.
DETAILS