Crucible-The Songs Of Hunters and Collectors 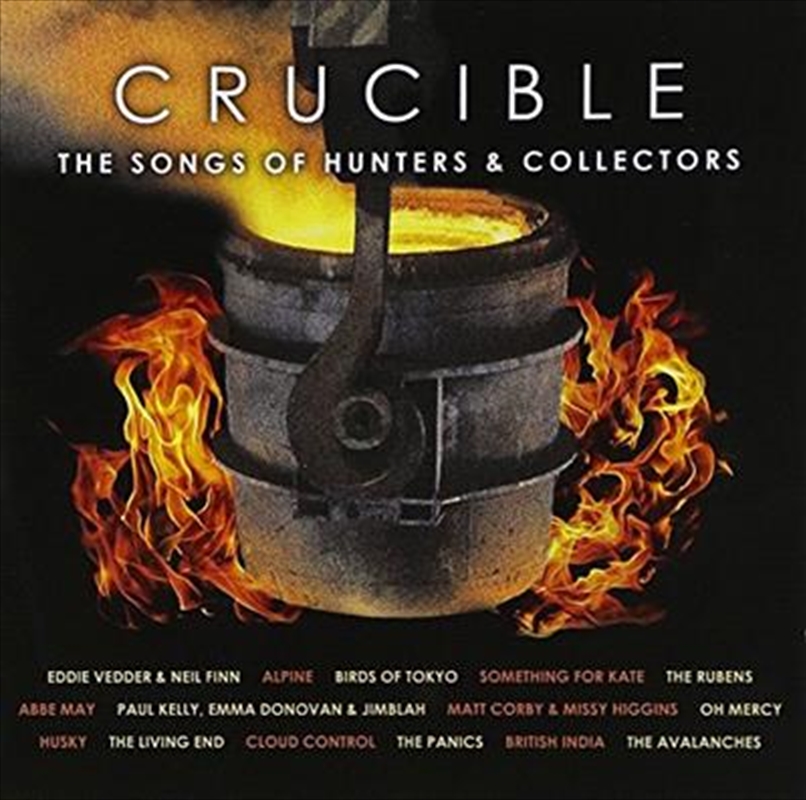 Crucible-The Songs Of Hunters and Collectors

Formed in Melbourne in 1981, Hunters & Collectors became an integral part of Australian music culture through their unique songs and sounds and legendary pub gigs. They took us on an incredible journey as they evolved from an experimental post-punk/agit-funk collective with up to a dozen members into a streamlined and visceral rock and roll outfit that made a profound connection with audiences across the country. The Hunnas, as they became known, featured a powerful blend of guitars, drums, bass and brass, fronted by Mark Seymour's intense vocals and presence.

Disbanding in 1998, Hunters & Collectors left behind a legacy of great rock and roll moments, memories and a proud catalogue of recorded music, including nine studio albums, three live albums and numerous EPs and singles.

Over the past eighteen months, fan/critic/A&R exec John O’Donnell has been curating the album Crucible - The Songs of Hunters & Collectors. “It has been an exhilarating journey of reinvention and rediscovery,” says O’Donnell, “as a wildly diverse range of artists have stepped forward with passion and creative zeal to record interpretations of fourteen equally diverse Hunters songs.

From the more obscure corners of the band's catalogue such as 'Alligator Engine', 'The Slab (Betty's Worry)’, 'Dog' through to the classics like 'Throw Your Arms Around Me', 'Holy Grail' and 'When the River Runs Dry', established artists like Eddie Vedder & Neil Finn, Paul Kelly, The Living End and Something For Kate have paid respect while newer acts like The Rubens, Alpine, Matt Corby and Abbe May have gone digging for their own truths in these amazing songs.”

Talking To A Stranger

Throw Your Arms Around Me

When The River Runs Dry

Do You See What I See?

Talking To A Stranger

Throw Your Arms Around Me

When The River Runs Dry

Do You See What I See?