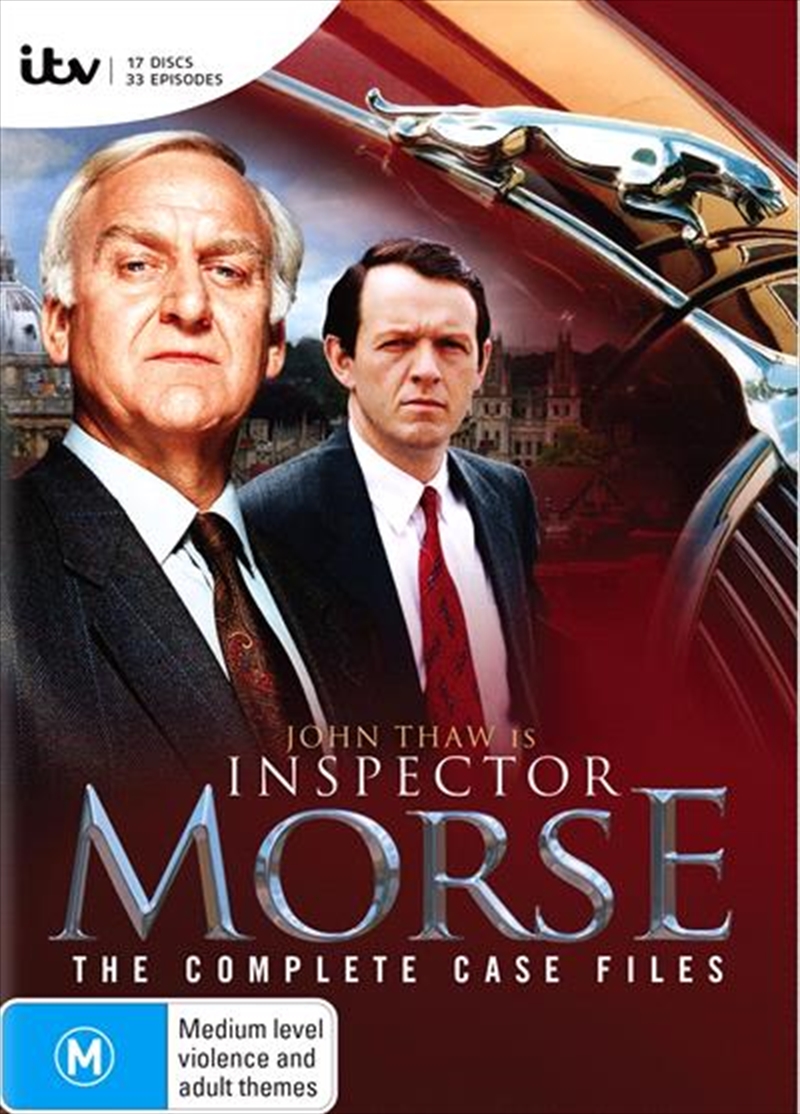 Shipping - See delivery options.
Postcode:
Quantity:
SEE MORE IN:
Cant Seem To Stream Bingeworthy Boxsets
DESCRIPTION
Super slueth, Inspector Morse (John Thaw) has an ear for music, a taste for beer and a nose for crime. He sets out with Sergeant Lewis (Kevin Whately) to solve each intriguing case. Broadcast in over 200 countries to a global audience of 750 million people, Inspector Morse proved one of the world's most popular dramas. Based on the novels by Colin Dexter, the series ran for 13 years. The final episode, 'The Remorseful Day', was screened in the UK in November 2000, attracting 14 million viewers. John Thaw's portryal of the gentle romantic with a cantankerous nature, and a passion for real ale, cryptic crosswords and classical music, won him a host of awards, including several British Academy Awards.
DETAILS