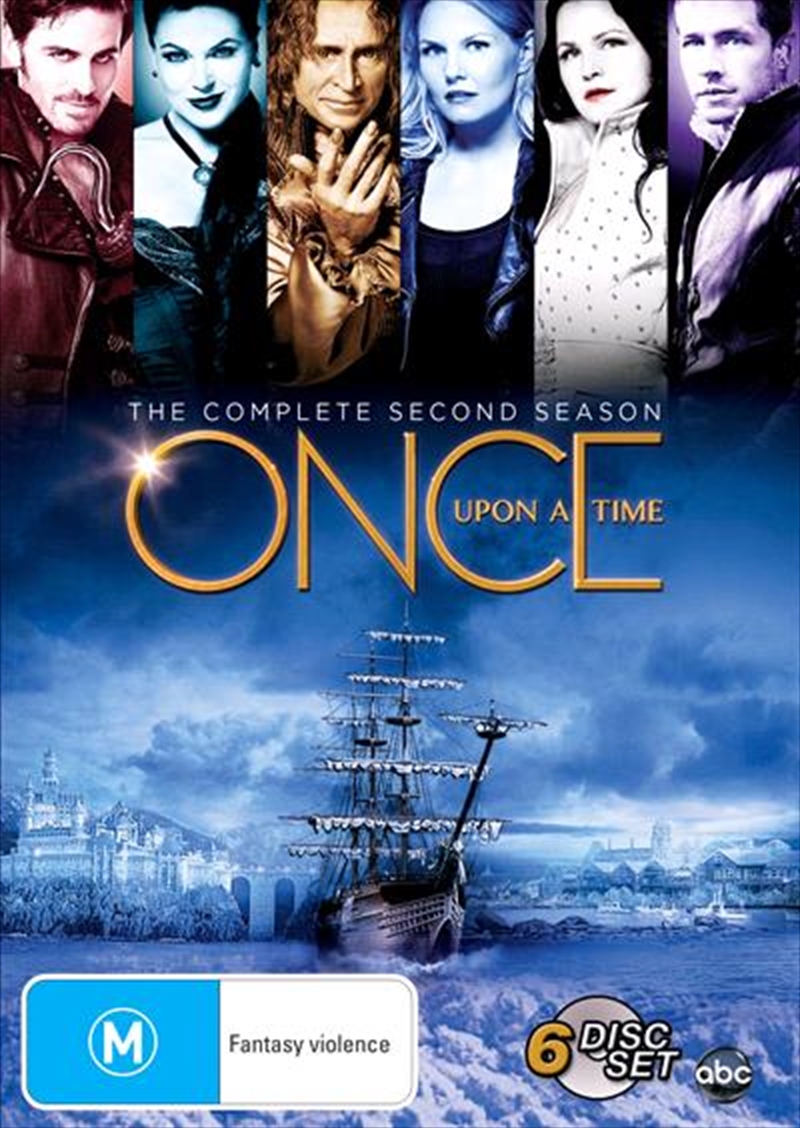 Shipping - See delivery options.
Postcode:
Quantity:
SEE MORE IN:
2 for $40 TV Once Upon A Time TV Series All 2 for $40
DESCRIPTION

In the second season of Once Upon A Time, Ruby's fear about turning into a wolf during the first curse-free Storybrooke full moon is confirmed when one of the town's residents is viciously murdered, and Ruby is the prime suspect; Decker - aka King George - threatens to expose David as a shepherd, not a prince, and not fit to run the town as sheriff. Emma Swam, 28 years old the bail bond collector, since the baby was abandoned after it had been alone. She knows how to take care of yourself. However, after she was Henry looking for home, everything became different.
DETAILS

Title: Once Upon A Time - Season 2