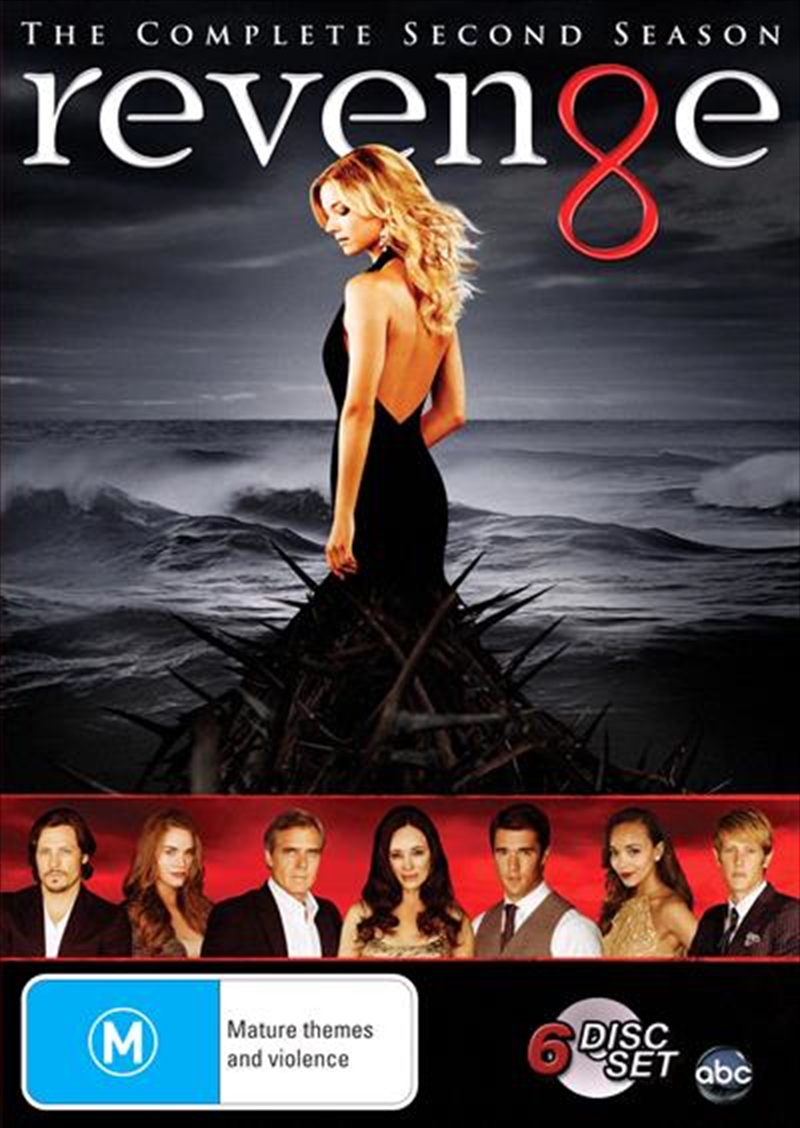 SEE MORE IN:
Revenge 3 for $50 TV
DESCRIPTION
What goes around comes around.

In the second season of Revenge, discoveries will be made about the woman who is Emilys mother being the circumstances under which they were separated and that she has some deep-seated psychological issues. For Emily, shes going to start seeing some of the psychological damage that her mother has in herself which obviously leads to a lot of soul-searching about who she is, what part of her DNA has played in her life choices and how shes going to move forward, whether or not this person is going to be part of her life or if this is going to be someone that is going to disappoint and hurt her.
DETAILS