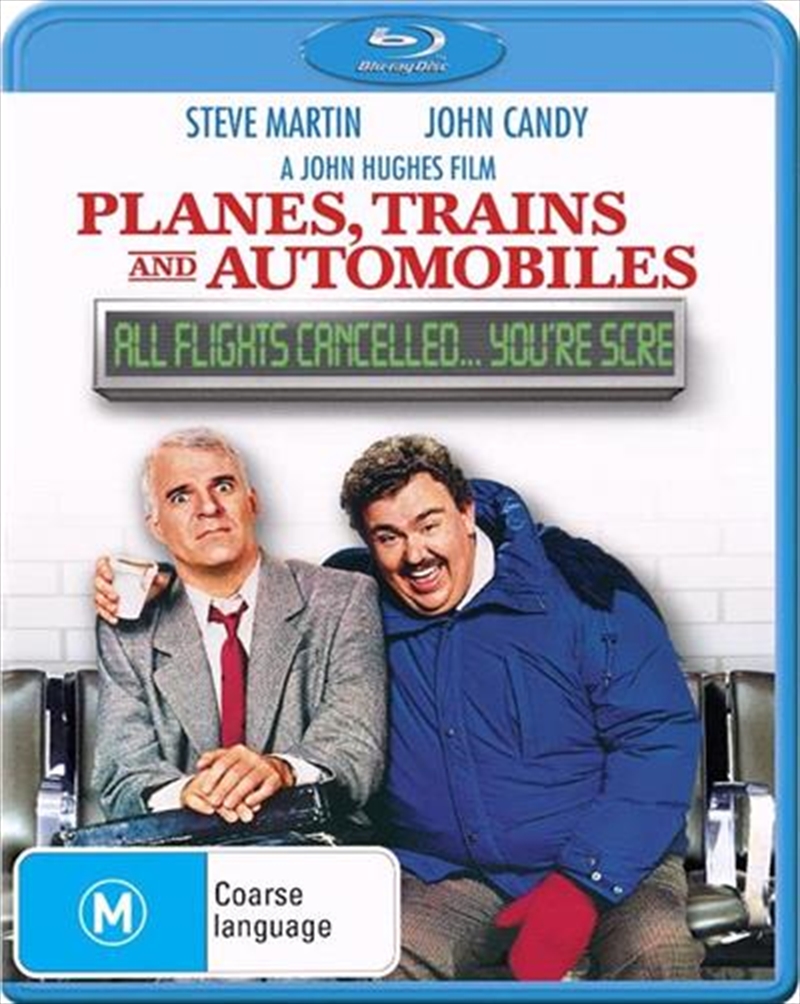 Steve Martin had no reason to panic...until John Candy came along.

Steve Martin and John Candy star in John Hughes classic tale of holiday travel gone awry. Neal Page (Martin) is an uptight advertising executive trying to get home to Chicago for Thanksgiving. When his flight is rerouted to Wichita, he reluctantly partners with Del Griffith (Candy), an obnoxious yet lovable salesman. Together, they embark on a cross-country adventure that includes various modes of transportation, hilarious mishaps, and unforgettable rental car shenanigans. Planes, Trains and Automobiles is a screwball comedy with a heart (Roger Ebert, Chicago Sun-Times). Now with all-new bonus features, the Those Aren't Pillows! Edition is a perfect holiday treat that lasts all year.
TRAILER
DETAILS