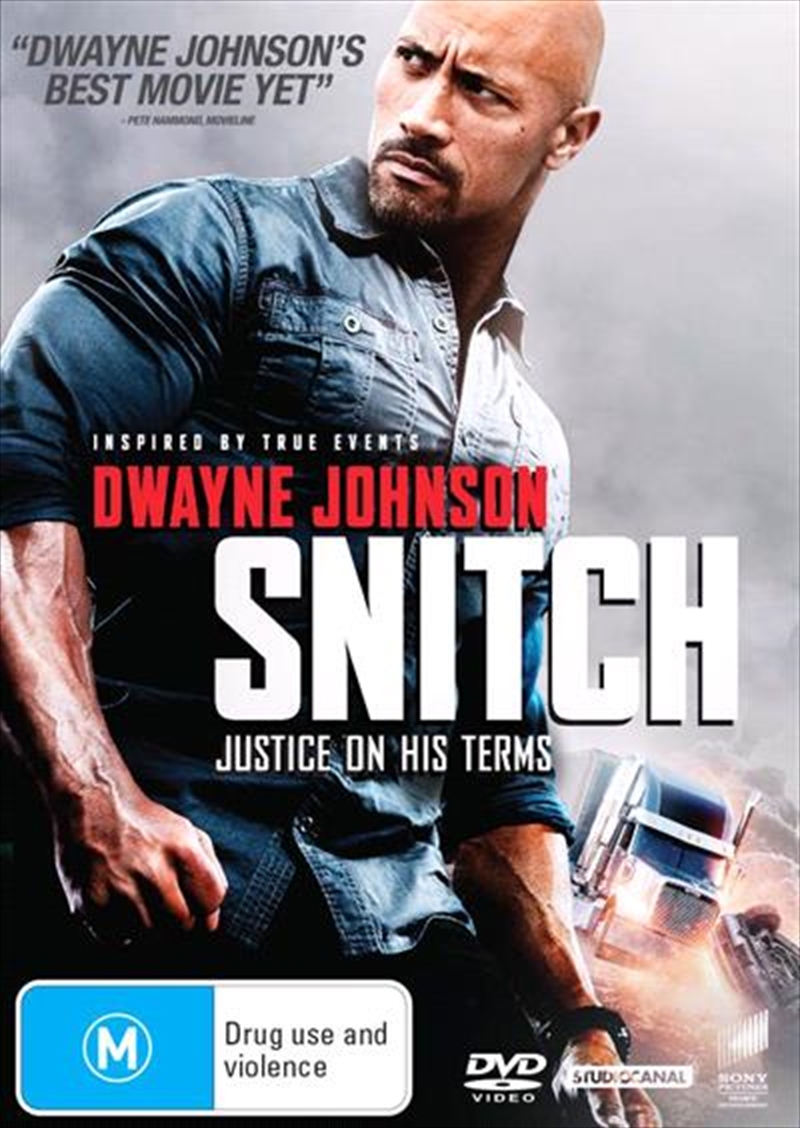 Shipping - See delivery options.
Postcode:
Quantity:
SEE MORE IN:
3 for $20 Movies & More
DESCRIPTION
How far would you go to save your son?

Inspired by true events, the fast-paced action thriller SNITCH stars Dwayne Johnson as a father whose teenage son is wrongly accused of a drug distribution crime and is looking at a mandatory minimum prison sentence of 10 years. Desperate and determined to rescue his son at all costs, he makes a deal with the U.S. Attorney to work as an undercover informant and infiltrate a drug cartel on a dangerous mission- risking everything, including his family and his own life. The ensemble cast includes Susan Sarandon, Benjamin Bratt and Barry Pepper.
TRAILER
DETAILS

OFLC Advice: Violence And Drug Use