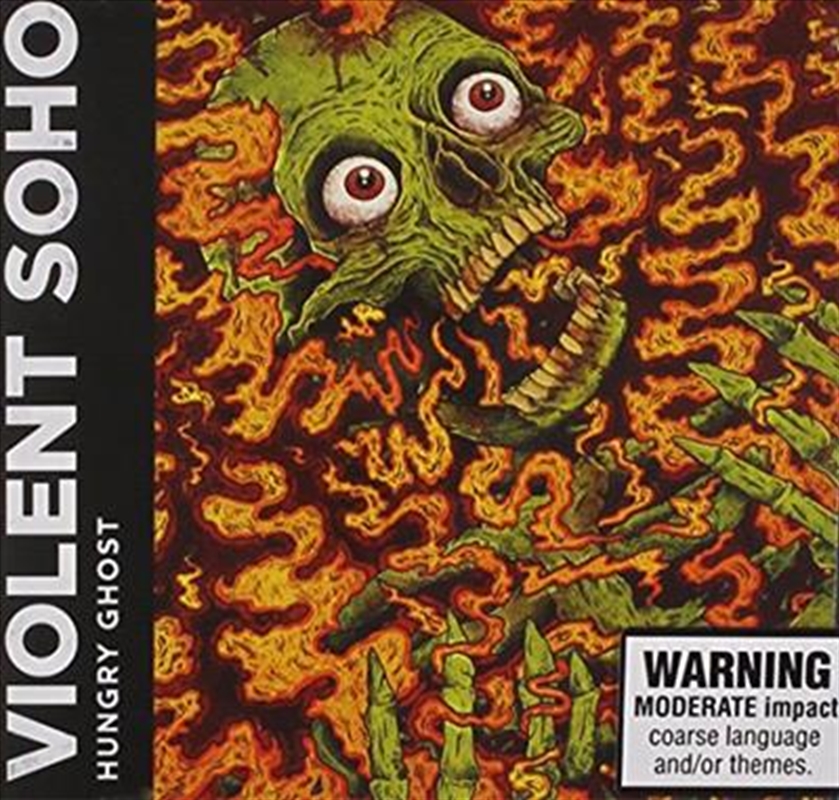 Shipping - See delivery options.
Postcode:
Quantity:
SEE MORE IN:
Violent Soho
The Buddhist concept of the ‘hungry ghost’ neatly sums up the urgency, the want, the search of Violent Soho’s music. Amid the riffs, hooks and wail of frontman Luke Boerdam is a stark examination of the way we view the world, and the way consumer culture feeds relentlessly on itself and its urges. A fitting theory for an unapologetic, no-bullshit post-grunge cacophony, as laid bare on the Brisbane four-piece’s second album, Hungry Ghost.

Following 2010’s accomplished self-titled album (their second, following We Don’t Belong Here in 2008), which delivered riffage-heavy highlights such as ‘Jesus Stole My Girlfriend’ and ‘Muscle Junkie’, the band found themselves at an impasse. Even though they’d been a band since 2004 — they’re all friends from school — after nearly playing 250 shows around the world in a year of touring, they suddenly found themselves treading water creatively.

Attempts to write new songs were met with a frustrating lack of inspiration. “I found myself writing the same thing over and over,” says Luke. “It was boring and crap. It was kinda depressing: I felt like I couldn’t write any more.” But what it took to snap Luke and his bandmates — James Tidswell (guitar/vocals), Luke Henery (bass) and Michael Richards (drums) — out of the funk was a realisation that all of their touring and experiences had given them a new perspective on music; hard work and that new thematic inspiration would lead to its own reward.