Hell Of A Career 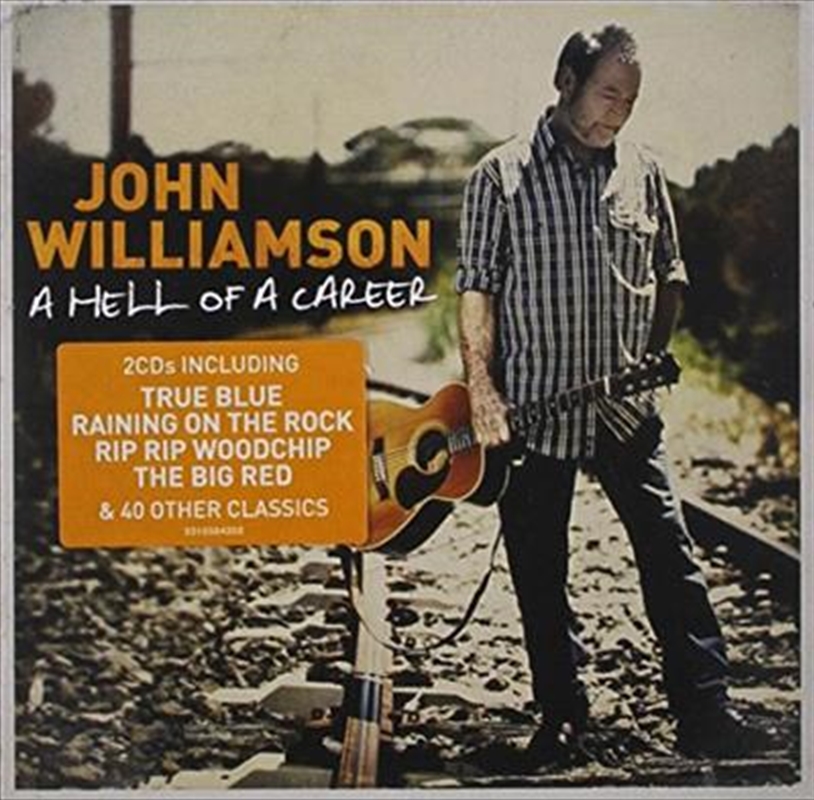 Hell Of A Career

John Williamson is, without question, an Australian icon. His voice and sound are as recognisable and important to Australia as the Southern Cross is to the flag.

John has performed at some of Australia’s most historic and nation-stopping events, and to battlers across this vast country. His songs and music are simply for everyone.

After forty-three years in the music industry, touring continuously for that period, John’s career is stronger than ever and he is still writing and recording new songs. But during this time he has shunned celebrity and resisted offers to take his music to the international stage, preferring to stay true to his passion: Australia.

‘A HELL OF A CAREER’ represents and celebrates that longevity. Featuring 45 songs over 2 CDs Including Old Man Emu, True Blue, Mallee Boy, Galleries of Pink Galahs, Raining on the Rock, Rip Rip Woodchip, Papa Whisky November, Three Sons, Salisbury Street, Flower on the Water and The Big Red it is a true statement of John Williamson’s love for Australia, its places and its people.

Title: Hell Of A Career

Diggers Of The Anzac (this Is Gallipoli)

Queen In The Sport Of Kings (live)

I Can't Feel Those Chains Any Longer (live)

Raining On The Rock (live With Warren H. Williams)

A Flag Of Our Own

Sing You The Outback

Flower On The Water

The Joy Is In The Journey