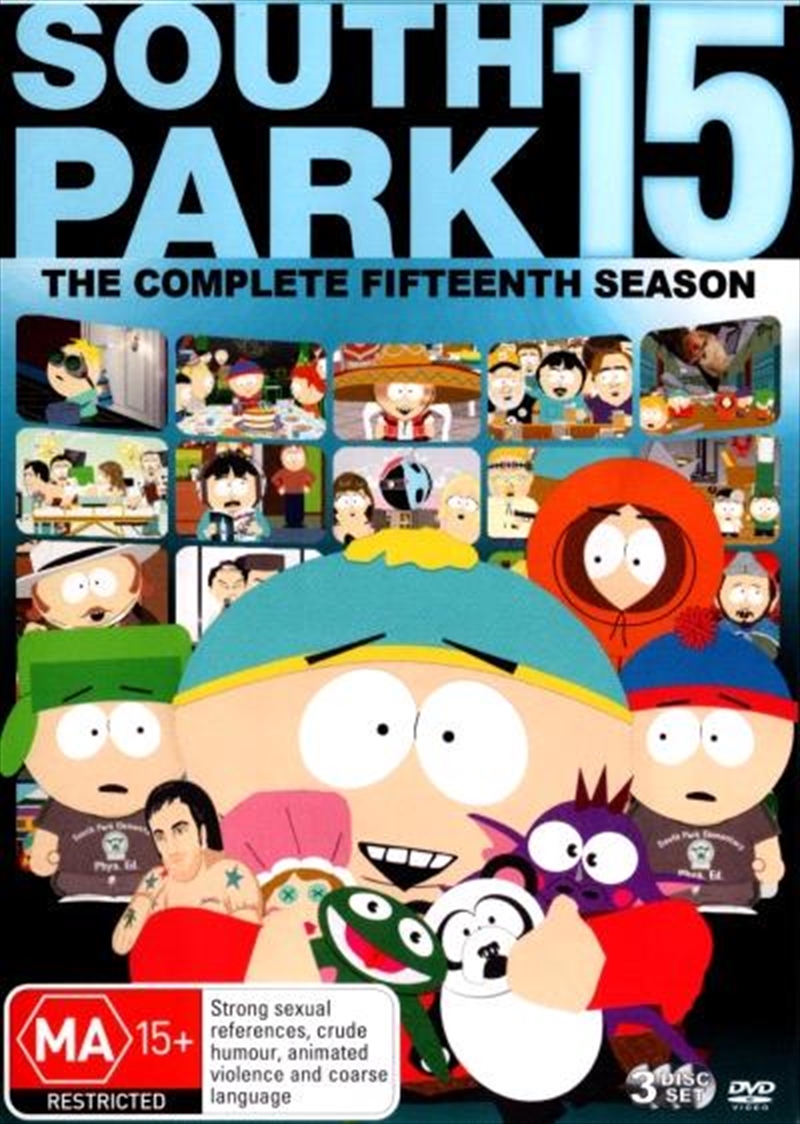 All fourteen episodes from South Park's landmark 15th season are loaded into this dvd set. Join Kyle, Stan, Kenny and Cartman as they bro down on Broadway, become one with the HumancentiPad, and take on the evil, email-hacking WikiLeaks. Serve that with a side of royal pudding and some never-before-seen deleted scenes, and you've got a collection that will leave your wormhole tingling. AWKWAAARRDD!
DETAILS