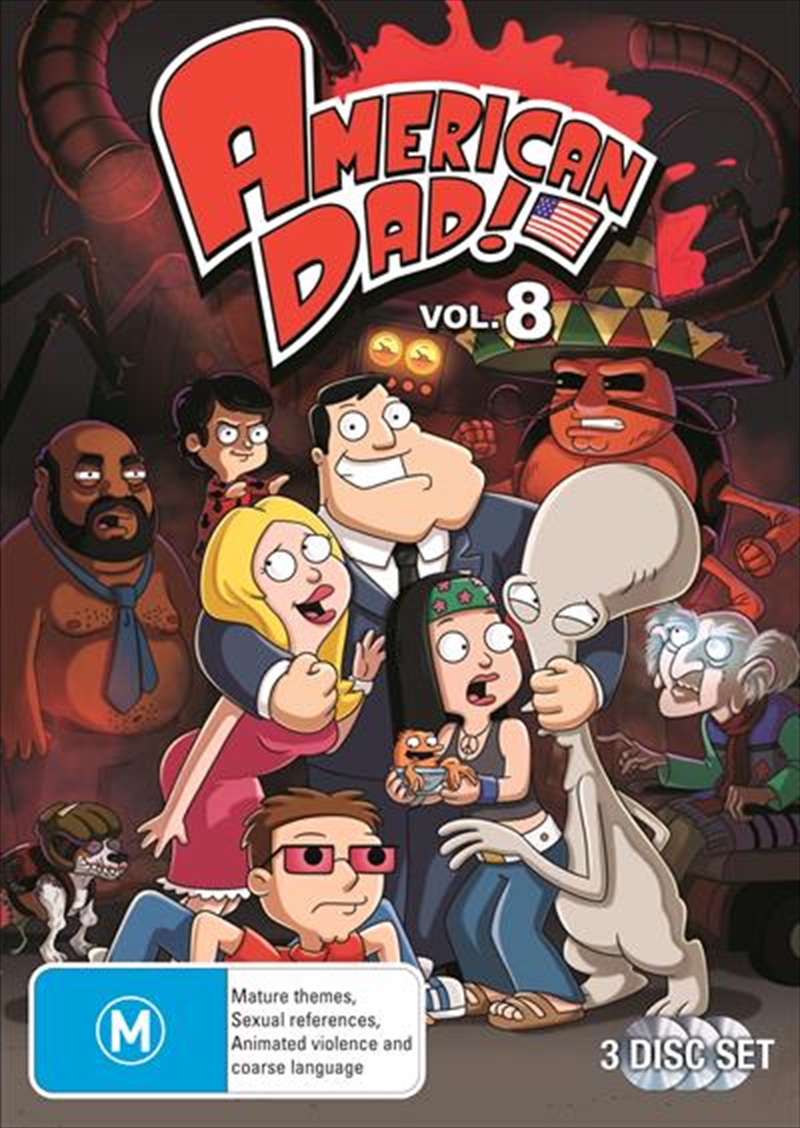 Shipping - See delivery options.
Postcode:
Quantity:
SEE MORE IN:
3 for $40 TV American Dad
An animated comedy revolving around Stan Smith, a CIA agent in Langley Falls, Virginia, whose main objective in life is national security. His family members, as well as a talking goldfish and a space alien who likes to play dress-up, keep Stan busy while he tries to prevent terrorist activity in the United States.