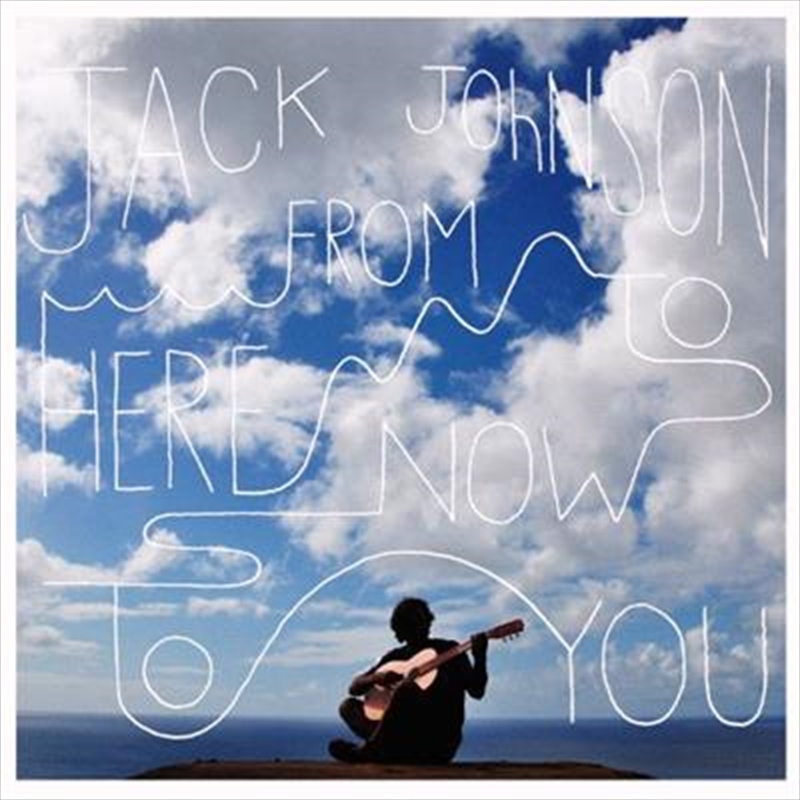 Shipping - See delivery options.
Postcode:
Quantity:
SEE MORE IN:
Jack Johnson 2 for $25 Music
DESCRIPTION
As he prepares to release his sixth studio album, Jack Johnson admits to some restless nights at home in Oahu, Hawaii. "The stuff that'll give you paranoia right about now, is, 'Is it too personal?'" says the singer, checking in from his home. "That's been a balance I've had to find through the whole process of sharing these songs."

On September 17th, Johnson will release From Here to Now to You, a breezy, intimate set of songs that celebrate his blissful family life as a husband and father of three young kids. The single "I Got You" is a whistling, fingerpicking ode to his wife, Kim. "Radiate," meanwhile, is a playful, upbeat foot-stomper about his six-year-old son's freewheeling imagination. "He's just constantly drawing pictures with his hands, creating this world and walking into it. I ask him, 'What are you doing in there?'"

Other highlights include the endearing "Tape Deck," with Johnson recalling the days of his high school punk band, and "Ones and Zeroes," a spooky, loping warning to tech-addicted youths. Johnson wrote the songs in Hawaii after getting off the road from 2010's To the Sea. Most of the LP was recorded in only 10 days with his band at his Mango Tree studio with producer Mario Caldato Jr., who produced Johnson's 2005 smash In Between Dreams and the Beastie Boys' Paul's Boutique. "I just really like having the kids all around and friends and real people in there listening to the songs, inviting friends to have a beer and sit in there and stuff while we're playing," says Johnson.

It's a far different vibe from 2010's To the Sea. Johnson was emotionally shattered after his father, Jeff Johnson, died of cancer in 2009, and that LP confronted adulthood and included some surprisingly heavy electric guitar riffs. "There's some stuff I can barely listen to anymore, because it just breaks me up too quickly," he says. "I still felt like a child to my dad while trying to be the person who knows everything for my kids. On this new album, I feel like a dad. Everything else is sort of secondary. And so it's a more comfortable place to be."

Title: From Here To Now To You

Don't Believe A Thing I Say

As I Was Saying

You Remind Me Of You