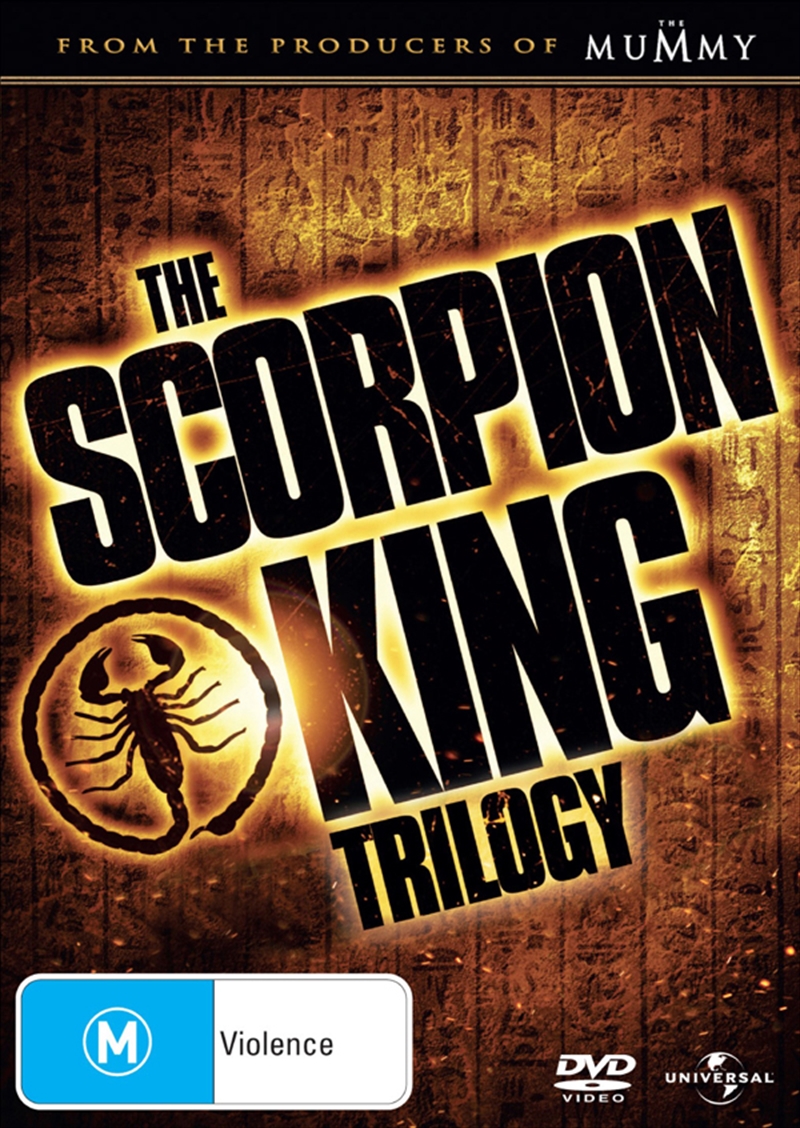 Shipping - See delivery options.
Postcode:
Quantity:
SEE MORE IN:
Movies & TV Clearance Boxset Clearance Movie Clearance Sale
The Scorpion King
A desert warrior rises up against the evil army that is destroying his homeland. He captures the enemy's key sorcerer, takes her deep into the desert and prepares for a final showdown.

The Scorpion King: Rise of a Warrior
In Ancient Akkad, Mathayus grows up as the proud son of Ashur, a captain in the world-renowned military corps of Black Scorpions, first-rate bodyguards, most of which are sent to courts wide away. Mathayus gets orphaned and is shipped off to a desolate training camp for six years by king Hammurabi's clemency. When Mathayus returns as a Black Scorpio, Sargon has bloodily seized the throne and demands cruel proof of blind loyalty. Mathayus refuses, becoming a chased hero. With youth friends, the resourceful Greek Pollux and various mercenary warriors, he embarks on a daring quest to obtain a legendary sword from Sargon's magical ally, the war-goddess Astarte.

The Scorpion King 3: Battle For Redemption
Since his rise to power, Mathayus' kingdom has fallen. Now an assassin for hire, he must defend a kingdom from an evil tyrant and his ghost warriors for the chance to regain the power and glory he once knew.