Summit On The Summit: Kilimanjaro 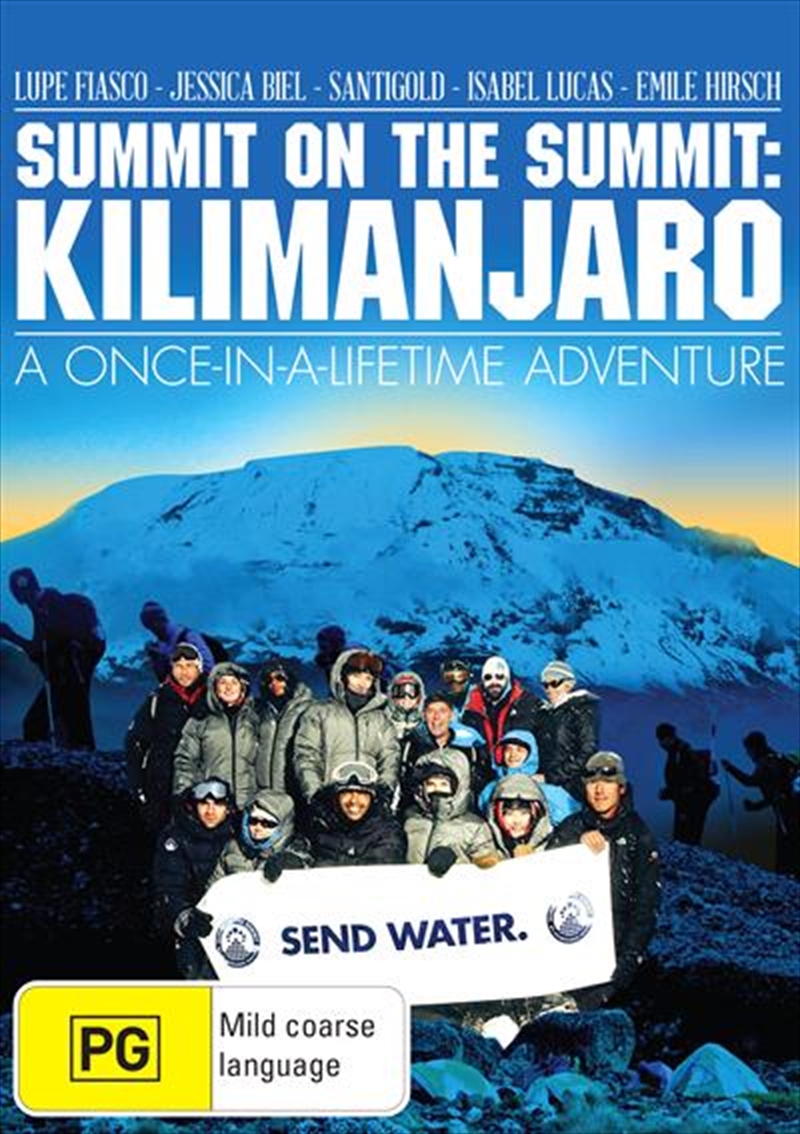 Summit On The Summit: Kilimanjaro

Summit on the Summit: Kilimanjaro will take viewers to one of the highest altitudes on earth, Mount Kilimanjaro, to show fans a never-before-seen side of today's most influential artists and activists as they raise awareness of the global clean water crisis.Hosted by Justin Timberlake, Grammy-nominated musician, philanthropist and actionist Kenna leads a group of his friends including Jessica Biel, Emile Hirsch, Lupe Fiasco, Santigold, Isabel Lucas, Elizabeth Gore, Alexandra Cousteau, Kick Kennedy and others as they push their minds and bodies to the limit to raise awareness of this critical, global issue. The documentary follows the participants as they battle a plethora of physical and natural elements and cope with deterioriating weather conditions and increased altitude causing headaches, dizziness and fatigue.
DETAILS

Title: Summit On The Summit: Kilimanjaro