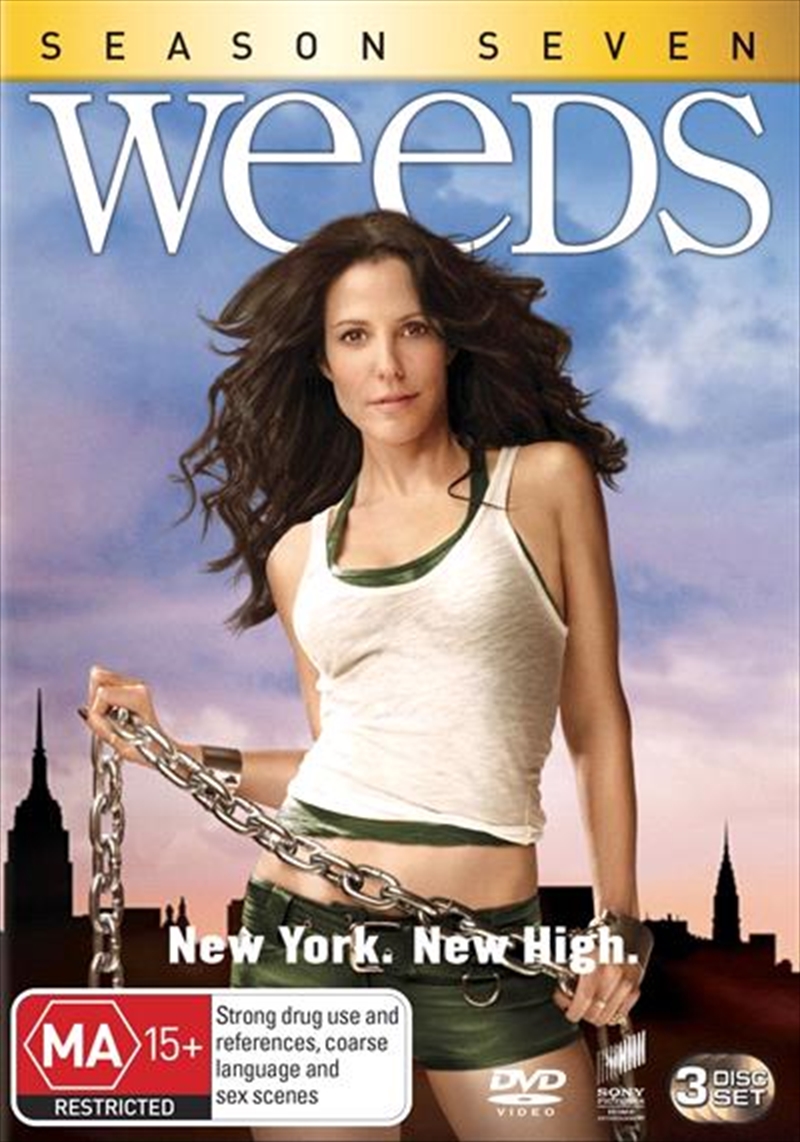 Bring it on. The hit Showtime Original Series WEEDS returns for a new season of dangerous deals and outrageous adventures. Last time we saw Nancy Botwin, she was being taken into custody by the FBI. Now, after three years in the joint, the onetime suburban soccer mom is making a fresh start in New York City andgoing back to doing what she does best selling pot. While Silas helps her deliver the goods, Shane launders the profits, Andy pedals a different kind of product and Doug gets tangled up in the world of high finance. But when some old friends return, they could send everything up in flames. Dont miss the new season of the critically acclaimed series

Commentary on Bags with Jenji Kohan

Guru Andy's Tricks Of The Trade

Growing Up In the Weeds With Alexander Gould

Commentary on Do Her / Don't Do Her with Jenji Kohan