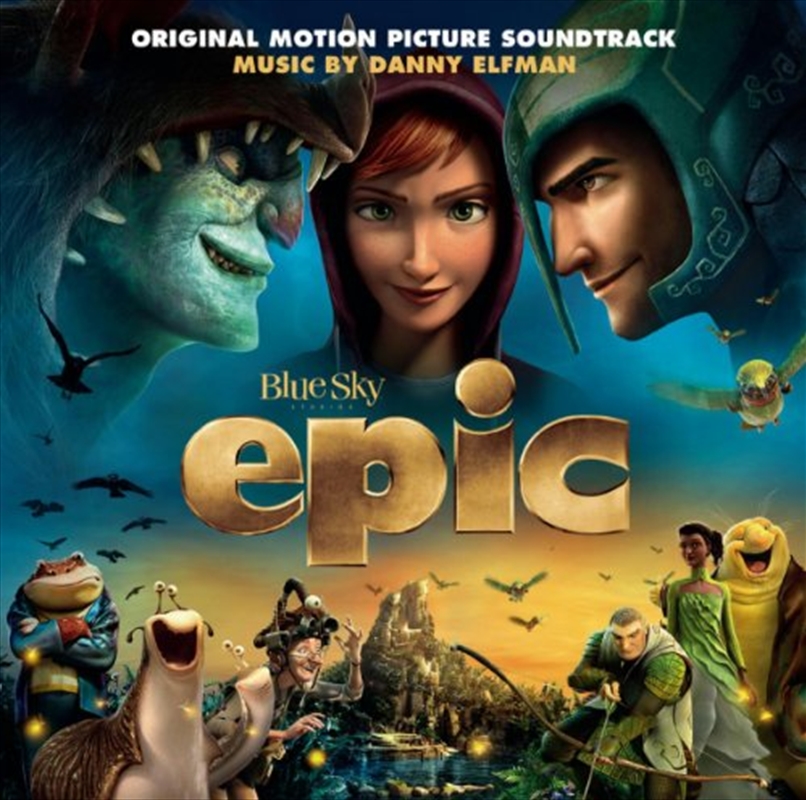 DESCRIPTION
Sony Music is pleased to announce the release of the original motion picture soundtrack of EPIC, an animated fantasy adventure by the director of Ice Age. The original music for the soundtrack was composed by Danny Elfman.

The computer-animated 3D film was directed by Chris Wedge, who is known for Ice Age (2002) and Robots (2005), and features the voices of Beyoncé Knowles, Amanda Seyfried, Josh Hutcherson and Pitbull, among others. Danny Elfman, 4 times Oscar® nominated and winner of a Grammy Award, has created a beautiful orchestral score for this charming movie.

Danny Elfman is a distinguished and prolific composer for film and other genres, including television – one of his best-known works is the main title theme of The Simpsons. He has been nominated for four Academy Awards®, for his score for the original Men in Black movie and Gus Van Sant’s Good Will Hunting, Milk, as well as Tim Burton's Big Fish and is the winner of a Grammy Award for Tim Burton's Batman and an Emmy Award for his Desperate Housewives theme. He has scored most of Burton’s films, for example Planet of the Apes, Charlie and the Chocolate Factory and more recently Alice in Wonderland and Frankenweenie. Among his recent cinema hits are the soundtracks of Silver Linings Playbook and Promised Land, the last two of which were also released by Sony Music.

EPIC’s varied moods, from magic to romance, from thrilling action to comic scenes, give Elfman a perfect opportunity to showcase his versatility and mastery of orchestral composition. The soundtrack gets off to a lively start with Leafmen, followed by lots of percussion and excitement in Pursuit. The third track, Tara’s Chamber, introduces enchantment, rendered in symphonic sounds that change to rising tension as an ethereal choir reinforces the orchestra. Tracks such as Meet Dad, full of fun and comedy, and Alarms, which displays a marvellous lightness of touch in the instrumentation, show the composer’s range of skills. Numbers such as Ambush and Kidnapped bring back action and thunder, while Rings of Knowledge evokes a sense of wonder, and Many Leaves is idyllic, comic and infectious by turns. The final track, Epic Finale, is a fitting conclusion with a folksy, catchy dance rhythm to which the choral backing adds emotion.