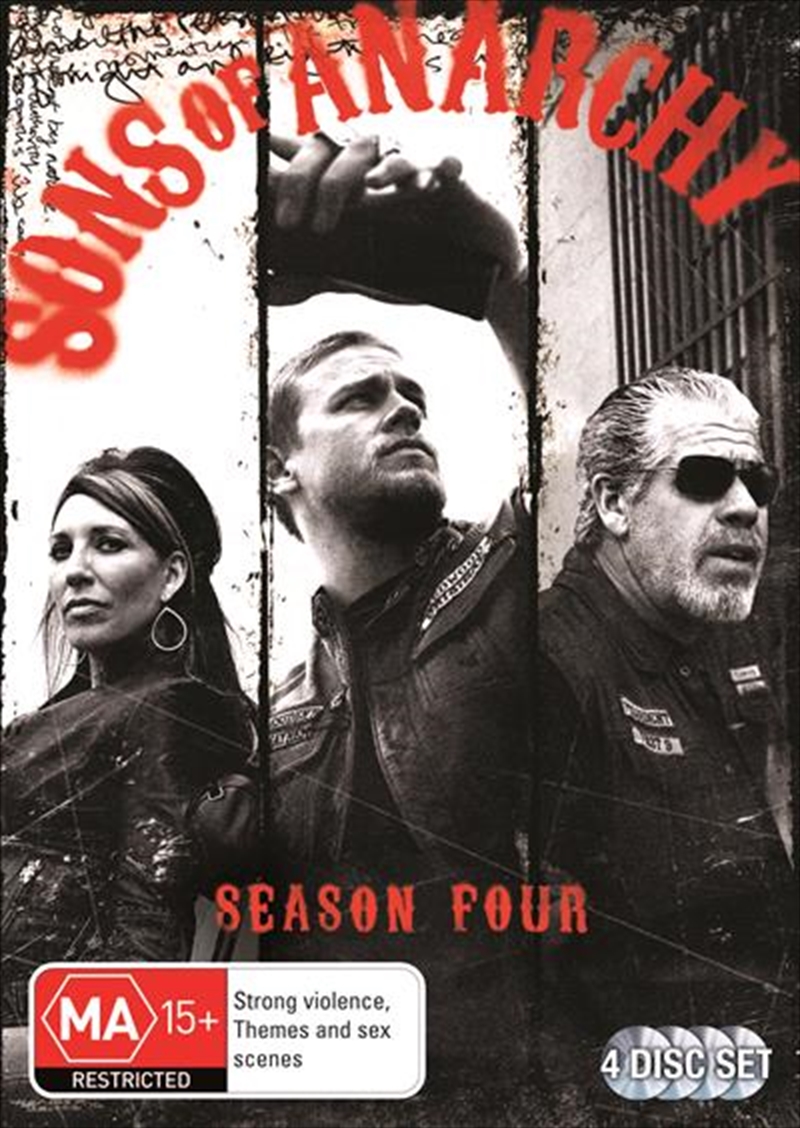 Ride full-throttle with the Sons of Anarchy in the MOST intense, adrenaline-charged season ever! Out of prison and back in business, SAMCRO faces a powerful new nemesis as they forge an unlikely alliance and head in a dangerous new direction. As a deadly internal power struggle rocks the club to its very core, Jax struggles with the legacy of his father and makes plans for the future of his family amid chaos, corruption, betrayal, and murder. Action-packed with electrifying extended episodes, Sons of Anarchy Season Four will take you for the ride of your life!
TRAILER
DETAILS