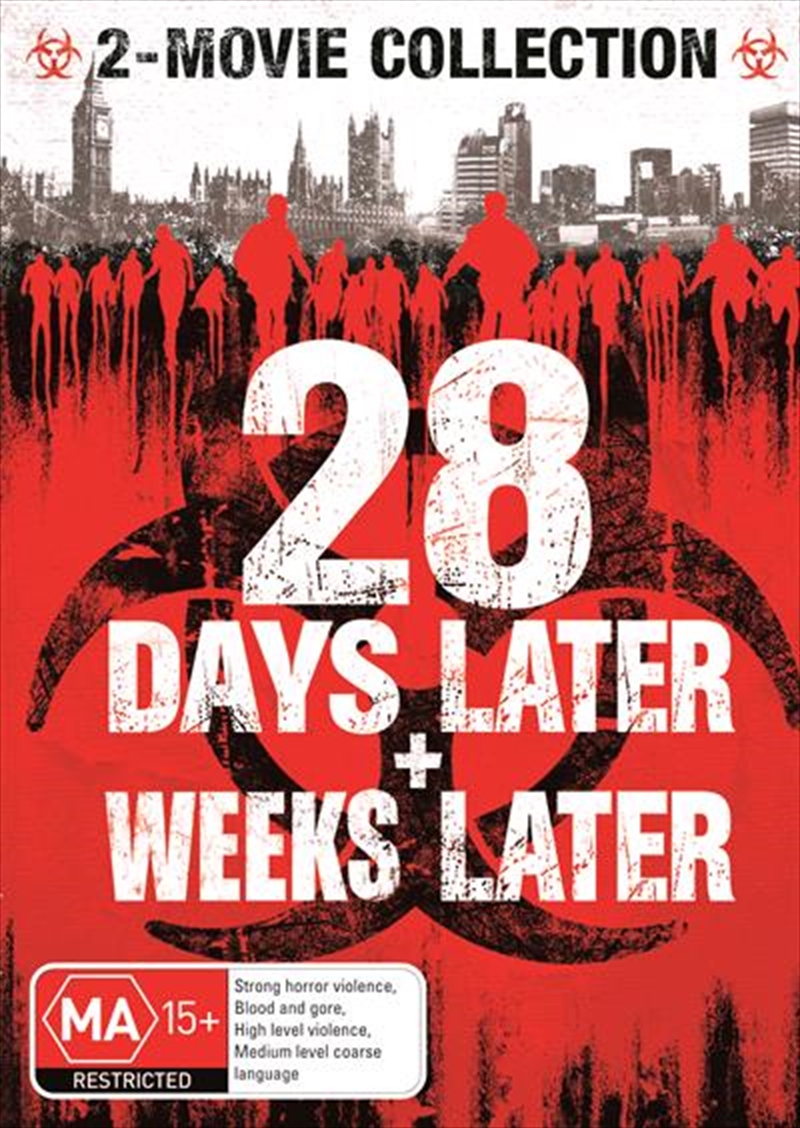 Shipping - See delivery options.
Postcode:
Quantity:
SEE MORE IN:
3 for $30 Movies & More Movie Collections
28 Days Later (2002) A powerful virus is unleashed. Transmitted in a drop of blood and devastating within seconds, the virus locks those infected into a permanent state of murderous rage. Within 28 days the country is overwhelmed and a handful of survivors begin their attempts to salvage a future, little realising that the deadly virus is not the only thing that threatens them.28 Weeks Later (2007) Picking up six months after the Rage virus has wiped out greater London, the US army has restored order and is re-populating the quarantined city. However, a carrier of the deadly virus re-enters the city, unbeknownst to army officials, and re-ignites the spread of the deadly infection. Danny Boyle is back as Executive Producer with a stellar cast including Robert Carlyle, Rose Byrne and Catherine McCormack.