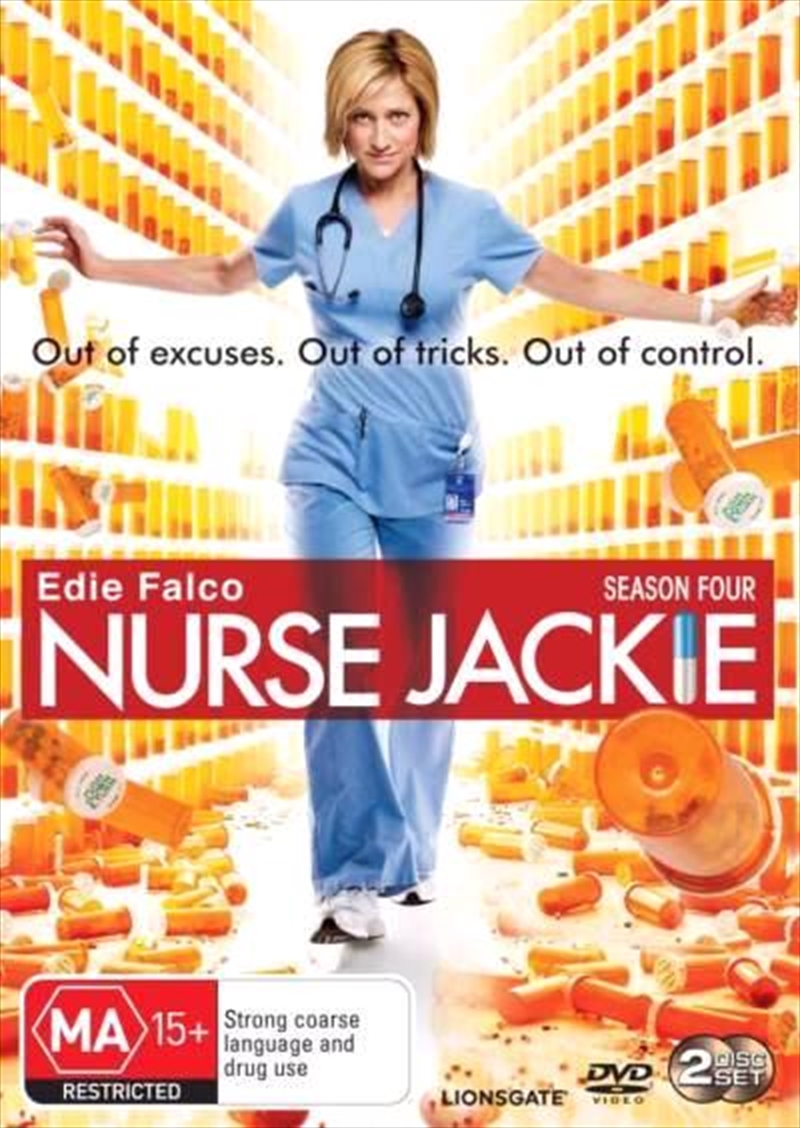 NURSE JACKIE season four stars Primetime Emmy Award- winning actress Edie Falco as Jackie Peyton, a strong-willed and brilliant - but very flawed - emergency room nurse. This season, Jackie comes to realise that both karma and sobriety can be a bitch. In addition to finally confronting her addiction, Jackies street smarts and sardonic wit are tested even further by an ambitious new hospital administrator (Bobby Cannavale), who's determined to run a tight ship and keep Jackie in line.
DETAILS