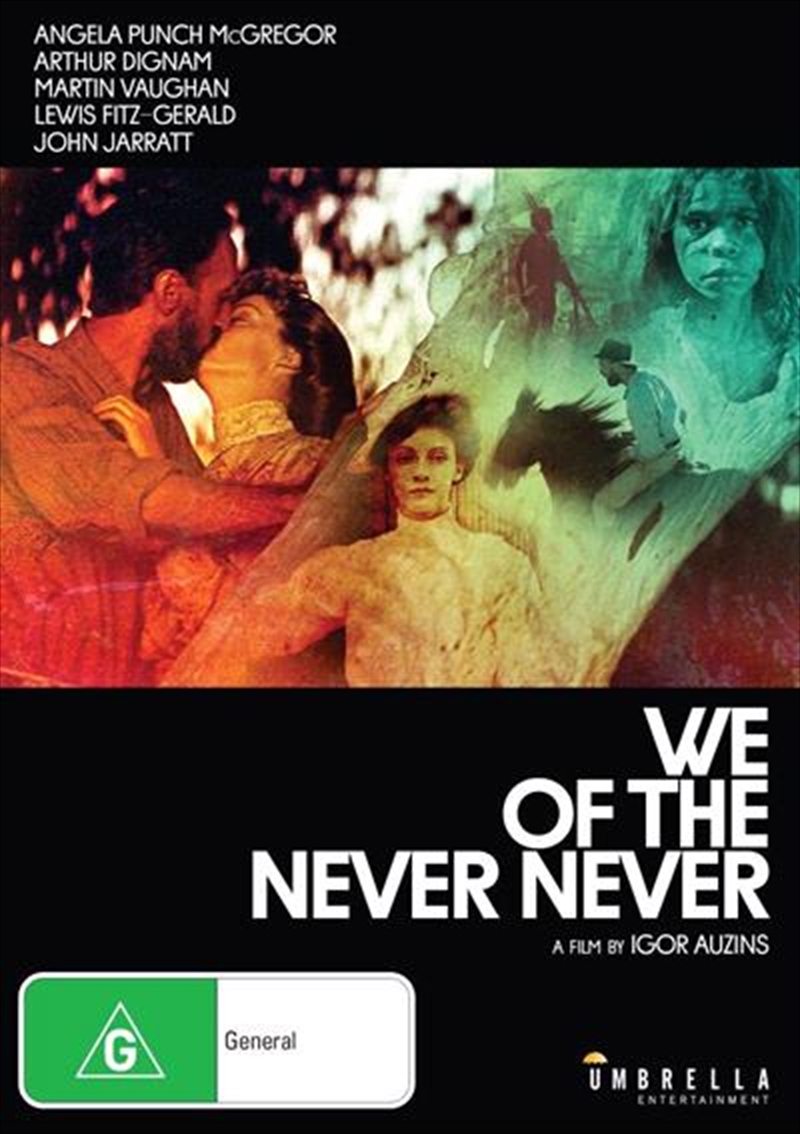 Shipping - See delivery options.
Postcode:
Quantity:
SEE MORE IN:
3 for $20 Movies & More Australian Movies
Jeannie Gunn has been dunked in a river. Treed by an angry bull. And forced to cross the Australian continent the hard way. On horseback. By buckboard. And on foot. She faced being the only civilized

At the turn of the century Australia was still a very young country, in a land as old as time. Few had ventured far from the growing cities and towns of the coast, into that vast heart of Australia - the great Outback. We of the Never Never, adapted from an Australian classic novel, tells of Jeannie (Angela Punch-McGregor) and Aeneas Gunn (Arthur Dignam), a man and his bride who trek to a place where wives are seldom seen, and even less accepted. Enduring hardships and battling against the sexist and racial prejudice of the Australian outback environment this extraordinary woman strives to win the friendship and respect of those about her. Directed by Igor Auzins (Coolangata Gold), this extraordinary story of a woman overcoming hardships and dangers forms the heart warming story of We of the Never Never.

Title: We Of The Never Never | Classic Australian Films