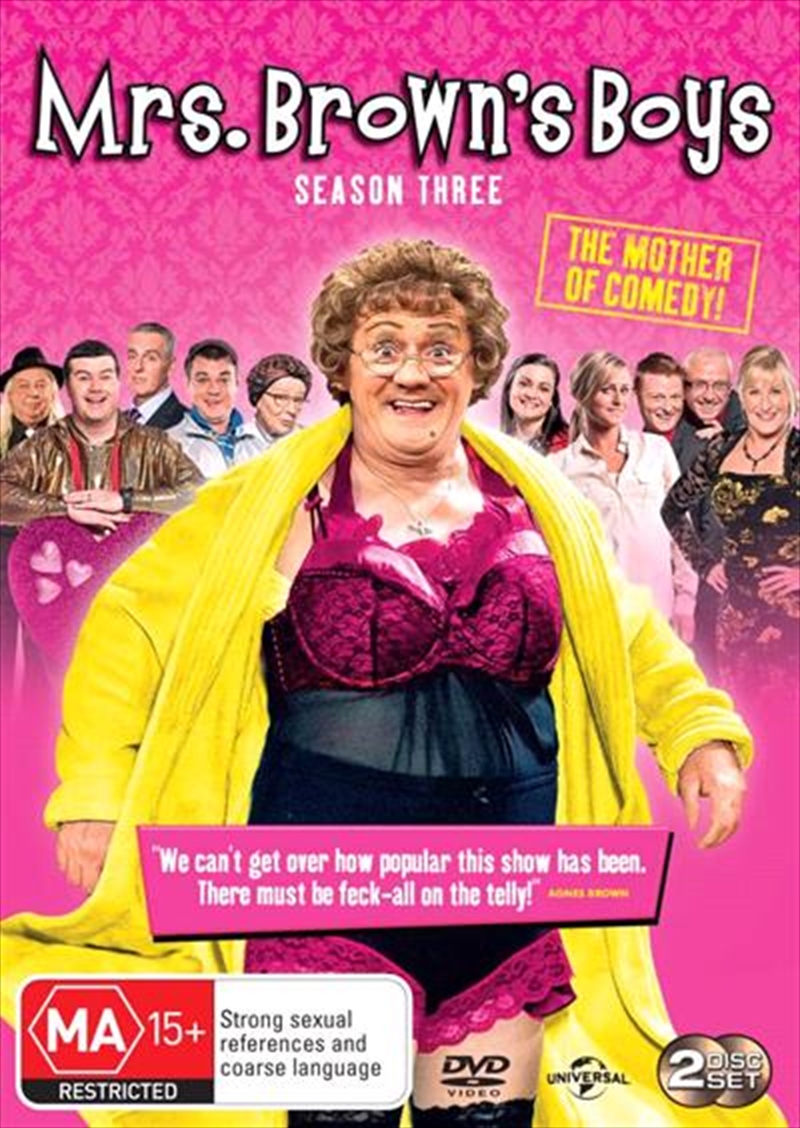 The third series sees Agnes and her family feeling the effects of the recession. Rory and Dino can't afford a place to live, Mark and Betty may be forced to emigrate to Australia and Agnes's kitchen is falling to pieces. But never one to let life get her down, Agnes handles all these problems in her own inimitable and hilarious way. And anyway, as she often says everything always turns out the way it's supposed to.
DETAILS