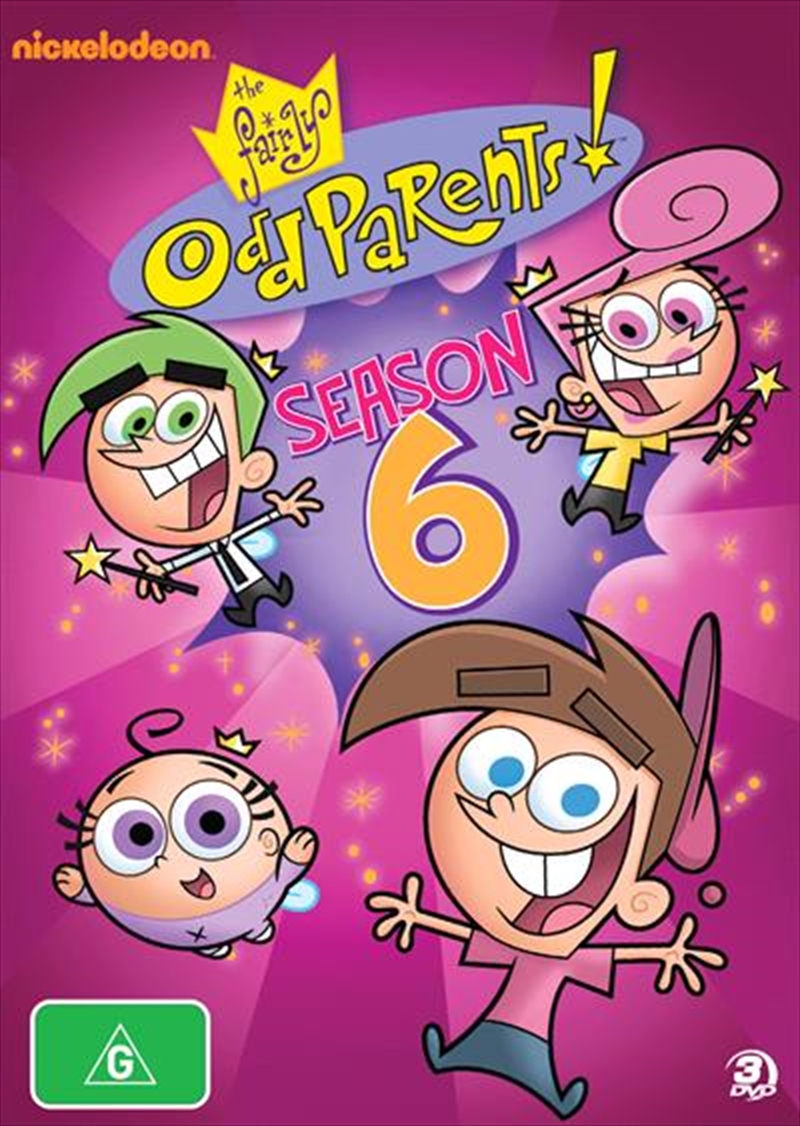 Its your wish come true! The complete sixth season of The Fairly OddParents, jam-packed with hilarious episodes including the Christmas special, Merry Wishmas and two movies, Fairly Odd Baby and Wishology. Timmy Turner's life has become even more unpredictable now that Baby Poof is around. So stand back and duck! as Timmy convinces Cosmo and Wanda to conjure up his very own magic wand. Timmy wishes for a simpler world, transporting everyone back to prehistoric times, where volcanoes threaten to burn down prehistoric Dimmsdale (Dimmsrock). Be careful what you wish for!

14. The End of the Universe-ity

25. Wishology Part One: The Big Beginning