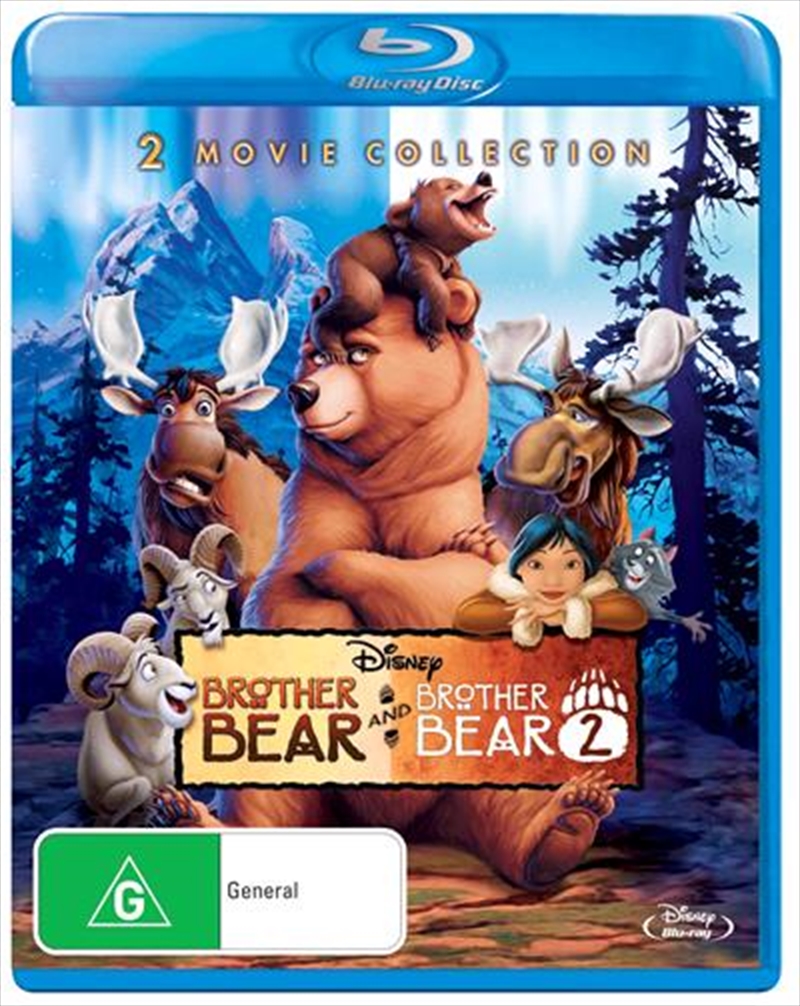 Disney proudly presents two heartwarming and hilarious movies in one incredible collection Brother Bear, the 2003 Academy Award nominee for Best Animated Feature, and Brother Bear 2. Bring home an entire forest full of fun, complete with digitally restored high definition picture and sound. After an impulsive boy named Kenai is magically transformed into a bear, he and his little brother bear, Koda, take a courageous (and often hilarious) journey to see the Northern Lights. Experience the excitement of these two fantastic films. Disney proudly presents Brother Bear, an epic animated adventure full of comedy and heart. With five great new songs from Academy Award winner Phil Collins, it's an entertainment experience the whole family will enjoy!In this spectacular coming-of-age story based on ancient myths, an impulsive boy named Kenai is magically transformed into a bear. He has no choice but to see the world through another's eyes while he learns some valuable life lessons and strives to regain his human form. Unable to communicate with his human brother, Kenai teams up with Koda, an irrepressible bear cub, and sets out on a courageous journey of self-discovery. Amidst breathtaking, beautifully animated scenery, they encounter a forest full of wildlife, including hilarious moose brothers Rutt and Tuke, woolly mammoths, rambunctious rams and more!The legend comes to life with awesome bonus features including a hilarious "Moose Commentary" starring Rutt and Tuke, outtakes, deleted scenes, games and more! Brother Bear will charm and entertain audiences of all ages!
TRAILER
DETAILS