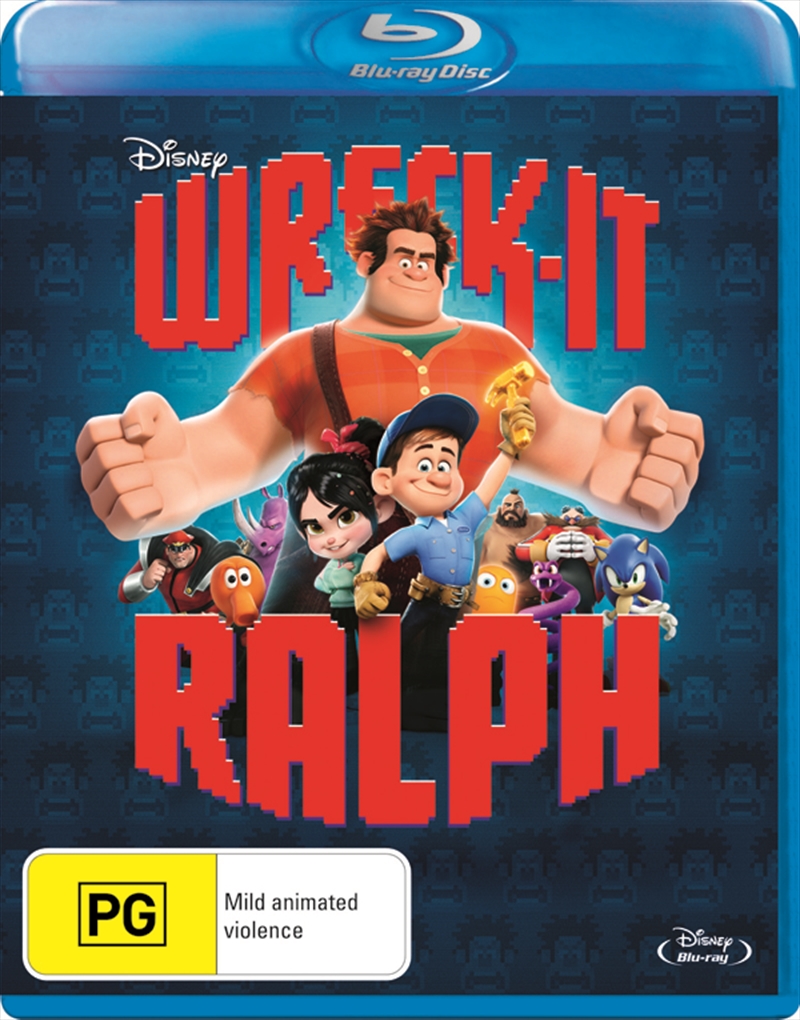 Shipping - See delivery options.
Postcode:
Quantity:
SEE MORE IN:
Wreck It Ralph 2 for $20 Movies & More 2 For $20 Family
Prepare for adventure when “the most original film in years” (Bryan Erdy, CBS-TV) that thrilled audiences of all ages drops on DVD! From Walt Disney Animation Studios comes a hilarious, arcade-game-hopping journey in Disney’s Wreck-It Ralph.

For decades, Ralph has played the bad guy in his popular video game. In a bold move, he embarks on an action-packed adventure and sets out to prove to everyone that he is a true hero with a big heart. As he explores exciting new worlds, he teams up with some unlikely new friends including feisty misfit Vanellope von Schweetz. Then, when an evil enemy threatens their world, Ralph realises he holds the fate of the entire arcade in his massive hands.

Featuring an all-star voice cast, including John C. Reilly and Sarah Silverman, and a groundbreaking animated short film, Disney’s Wreck-It Ralph has something for every player. Bring home the ultimate reward on Disney DVD!