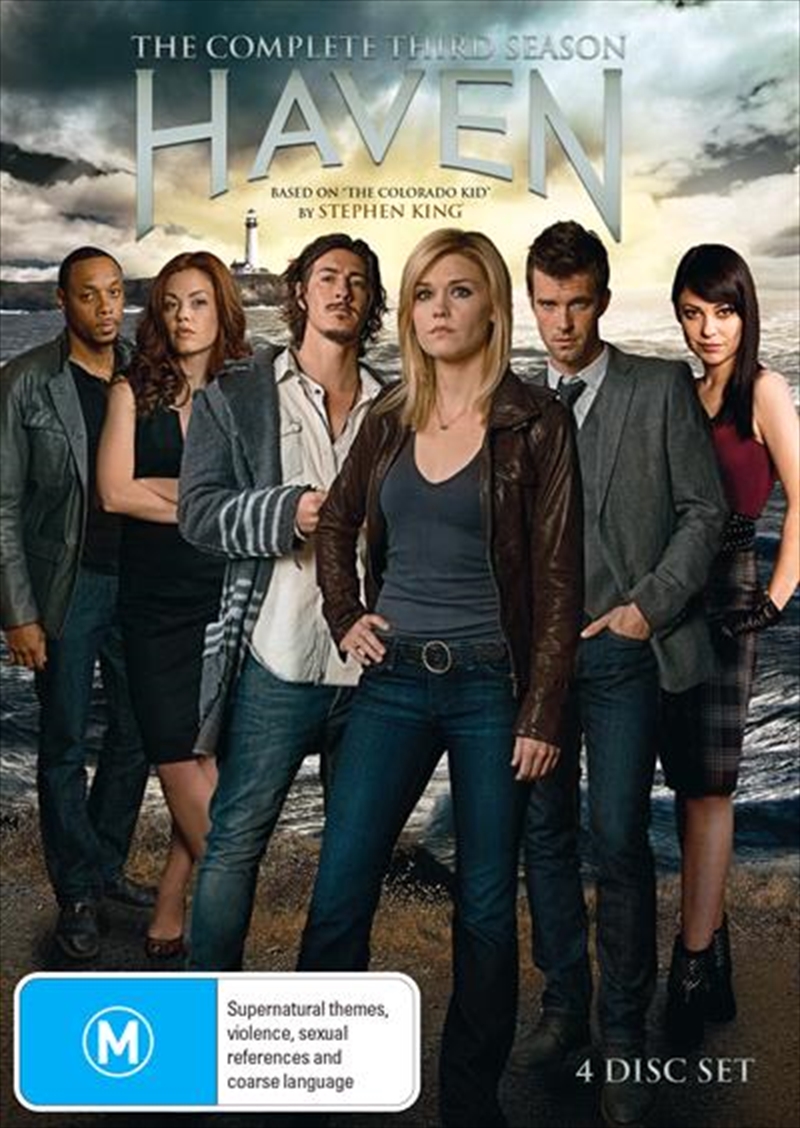 Haven, Maine hides its secrets well. After arriving in the seaside town on assignment, FBI Agent Audrey Parker (Emily Rose) found herself drawn to Haven's picturesque scenery and welcoming residents. But the lively coastal town harbors a troubling pastand Audrey decided to leave the FBI to stay in town and investigate a series of supernatural cases. Audrey soon learned that many people in Haven have long been cursed with a variety of supernatural afflictions (troubles), and she is uniquely suited to aid the afflicted. Joining the Haven Police Department and partnering with Nathan Wuornos (Lucas Bryant), Audrey began to realize that it was fate - not luck - that brought her here.
DETAILS