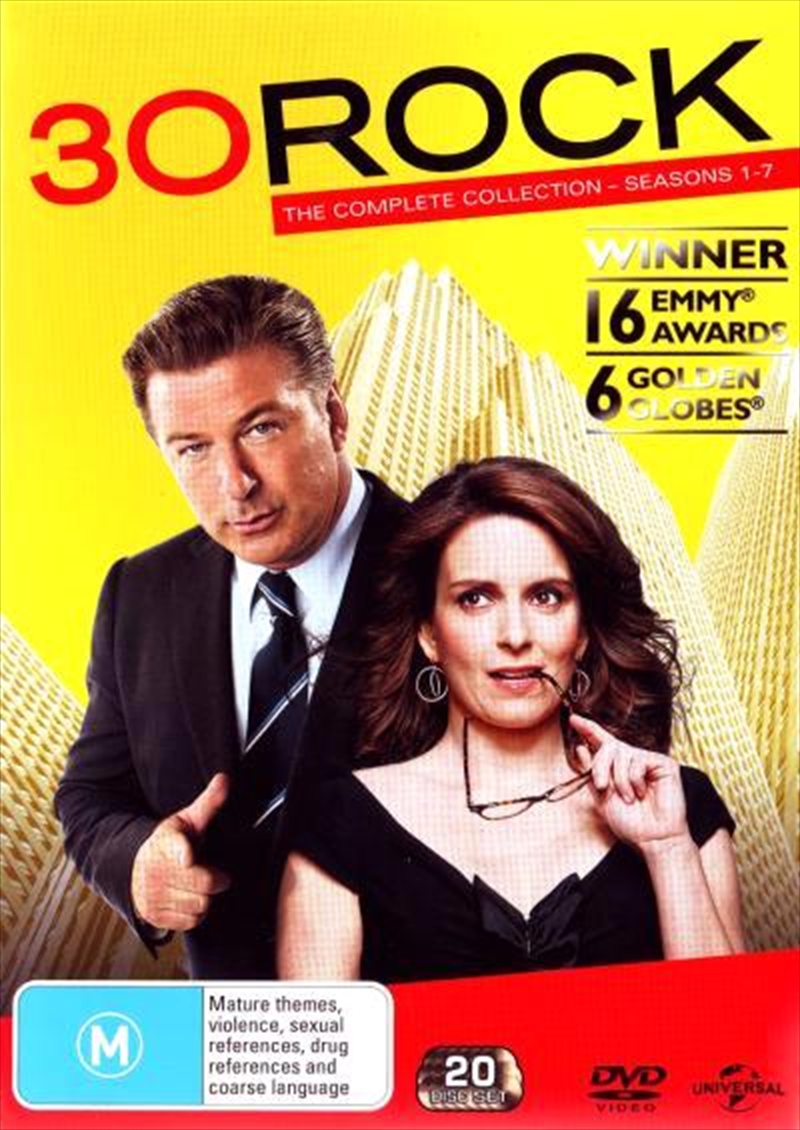 Shipping - See delivery options.
Postcode:
Quantity:
SEE MORE IN:
Up To 50% Off Boxsets 30 Rock Bingeworthy Boxsets
DESCRIPTION
Work can be such a production.

30 Rock is an American television comedy series created by Tina Fey that airs on NBC. The series is loosely based on Fey's experiences as head writer for Saturday Night Live. 30 Rock takes place behind the scenes of a fictional live sketch comedy series depicted as airing on NBC; the name "30 Rock" refers to the address of the GE Building where NBC Studios is located... This boxset contains seasons 1-7 of the Emmy Award Winning comedy series.
DETAILS