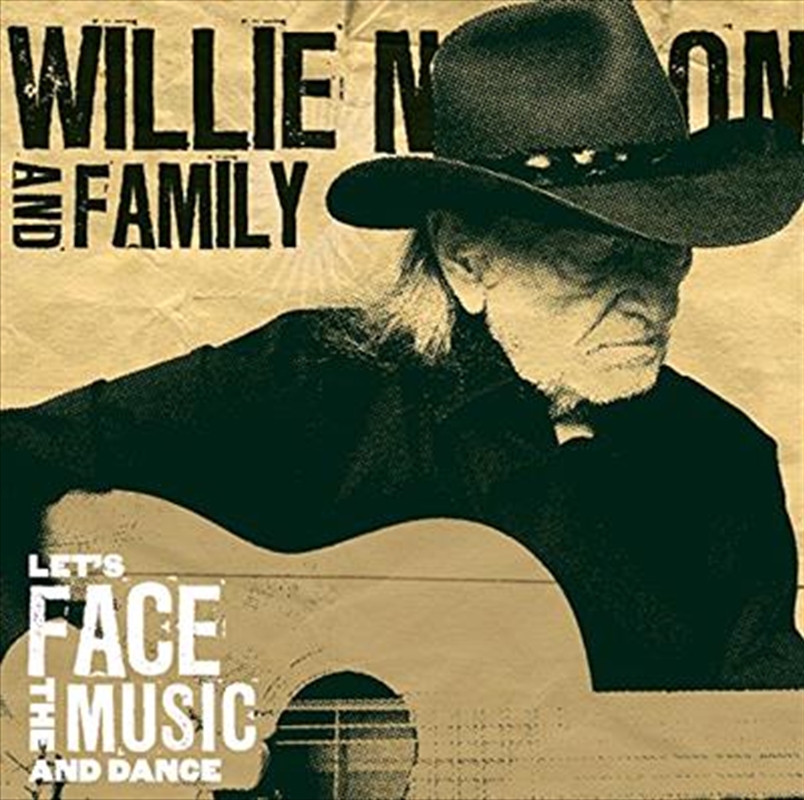 Sony Music Entertainment/Legacy Recordings will release Let's Face The Music And Dance, a collection of new studio performances by Willie Nelson and Family, on Friday, April 12th. The album is the first in a series of releases and events celebrating the artist's 80th birthday year.

A collection of deep pop country repertoire classics performed with transformative patented ease by Willie Nelson and Family, his long-time touring and recording ensemble, Let's Face The Music And Dance was recorded at Pedernales Recording Studio in Austin, Texas, produced by Buddy Cannon and mixed by Butch Carr at Budro Music Repair Shop in Nashville, Tennessee.

Willie's also celebrating more than forty years on the road and in the studio with Family, the band he formed with his sister, Bobbie Nelson (on piano), drummer Paul English and harmonica shaman Mickey Raphael--their name taken from his 1971 studio album Willie Nelson & Family. Rounding out the Family line-up on Let's Face The Music And Dance are Billy English (Paul's brother) on electric gut string and snare drum, Kevin Smith on upright bass and Jim "Moose" Brown on B-3 organ with Willie's son, Micah Nelson, adding percussion on select tracks. Willie Nelson and his guitar, Trigger, appear on all the songs.

Compiling the repertoire for Let's Face The Music And Dance, Willie chose a range of pop, rock, jazz and country classics drawn from the 1930s ("Let's Face the Music and Dance," "Walking My Baby Back Home"), 1940s ("You'll Never Know," "I Wish I Didn't Love You So," "Shame On You") and 1950s ("Matchbox") covering evergreen songwriters Irving Berlin, Mack Gordon, Carl Perkins, Frank Loesser, Django Reinhardt and Spade Cooley, among others. Willie turns in a beautiful new version of his composition "Is The Better Part Over," a song he introduced on 1989's A Horse Called Music.

Is The Better Part Over

Walking My Baby Back Home

I Can't Give You Anything But Love

I'll Keep On Loving You

I Wish I Didn't Love You So

South Of The Border

Maria (the Dawn Is Breaking)