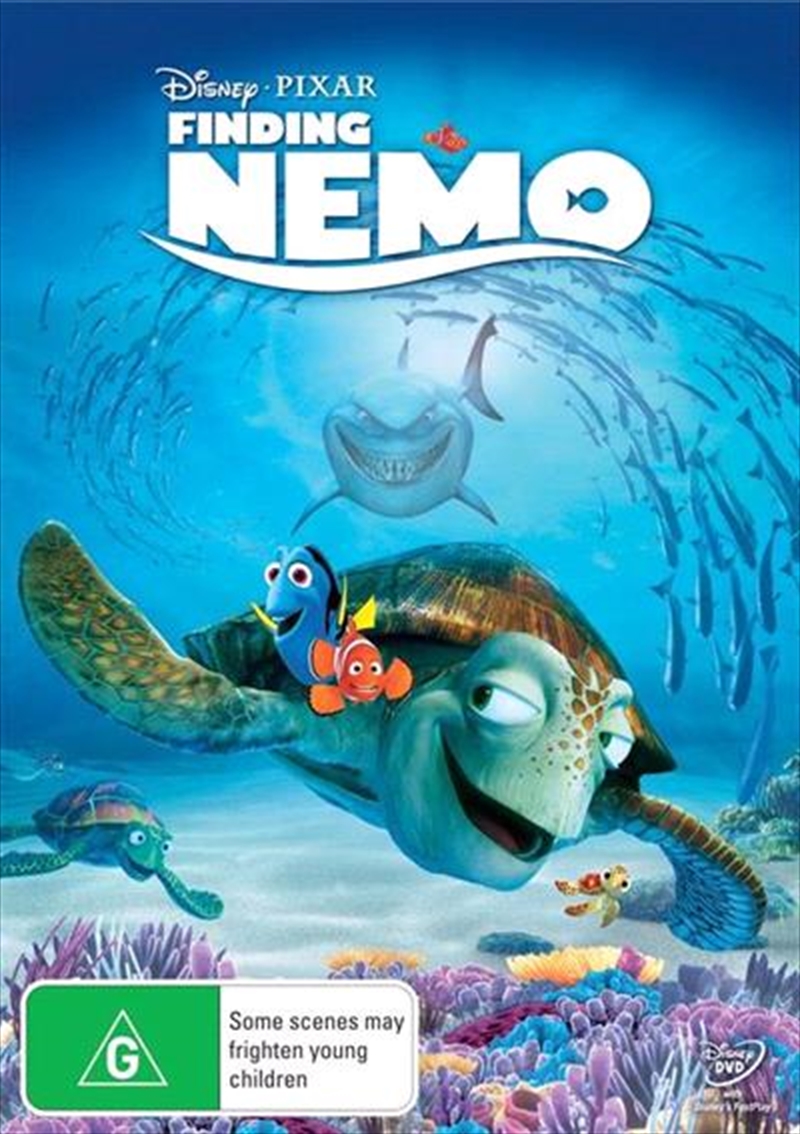 From the Academy Award-winning creators of Toy Story and Monsters, Inc., it's time to dive into Finding Nemo - a hilarious adventure that takes you into the breathtaking underwater world of Australia's Great Barrier Reef.
When Nemo, a young clownfish, is unexpectedly carried far from home, his overprotective father, Marlin, and Dory, a friendly but forgetful regal blue tang fish embark on an epic journey that leads to encounters with vegetarian sharks, surfer dude turtles, hypnotic jellyfish and hungry seagulls!
Finding Nemo's breakthrough computer animation is the ultimate viewing experience. This 2-disc Collector's Edition overflows with something for everyone, including exclusive animation, deleted scenes, games, and more! Swimming with laughs and overflowing with emotion - you'll find yourself watching Finding Nemo over and over again!
TRAILER
DETAILS