Happy Birthday! A Celebration of 25 Years 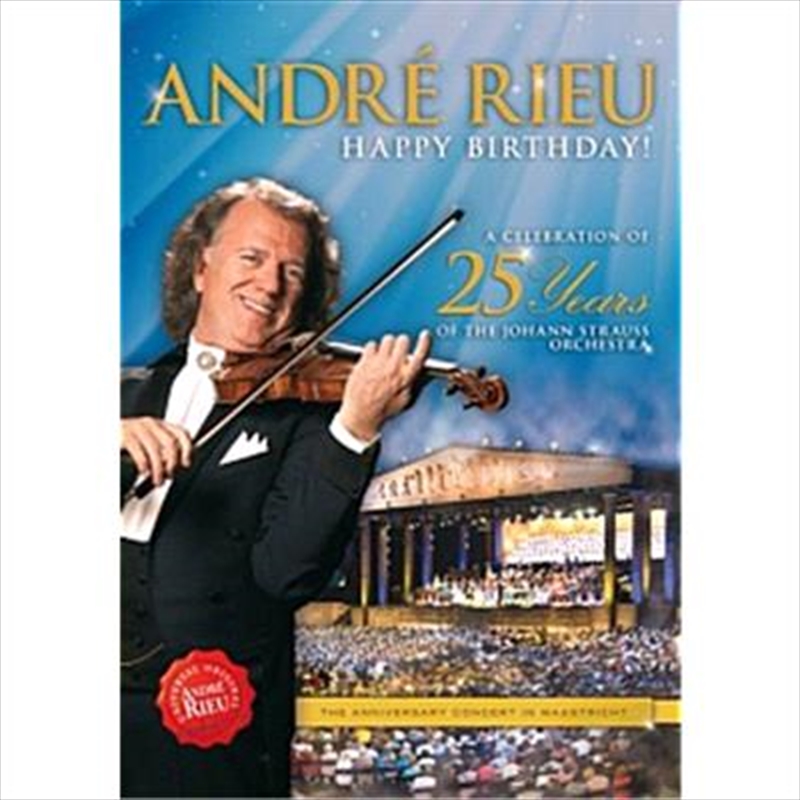 Happy Birthday! A Celebration of 25 Years

Shipping - See delivery options.
Postcode:
Quantity:
A quarter of a century has passed since the Maestro from Maastricht founded his own orchestra to help fulfill his vision - bringing the waltz to new heights of popularity and performing classical music in a joyful and amiable way.For Andr Rieu it wasn't a difficult task to pick a name for the newly-founded ensemble: Johann Strauss II himself, the original King of the Waltz, lent himself as the inspiration.And how does a musical superstar celebrate such an impressive anniversary? At home and with lots of music of course! Like on previous unforgettable occasions with his wonderful 'Live in Maastricht' series Andre once again invites a host of star guests to celebrate with him and the Johann Strauss Orchestra.Highlights of this DVD program include Vangelis's 'Conquest Of Paradise' performed by a 300-men-strong royal choir - the Maastrechter Staar - and a surprising arrangement of 'When I'm Sixty-Four', originally written by The Beatles. No Maastricht concert would be without fun, and accordingly, Andr invites Vadder Abraham, the godfather of the Smurfs, for a rendition of their signature 'Smurf Song'.Andre Rieu once again proves that no one can celebrate such an occasion like him. Fireworks together with a monumental stage and light production, cracking champagne bottles, laughter and sometimes even tears of joy provide the backdrop for this outstanding anniversary.

Adieu, Little Captain Of My Heart