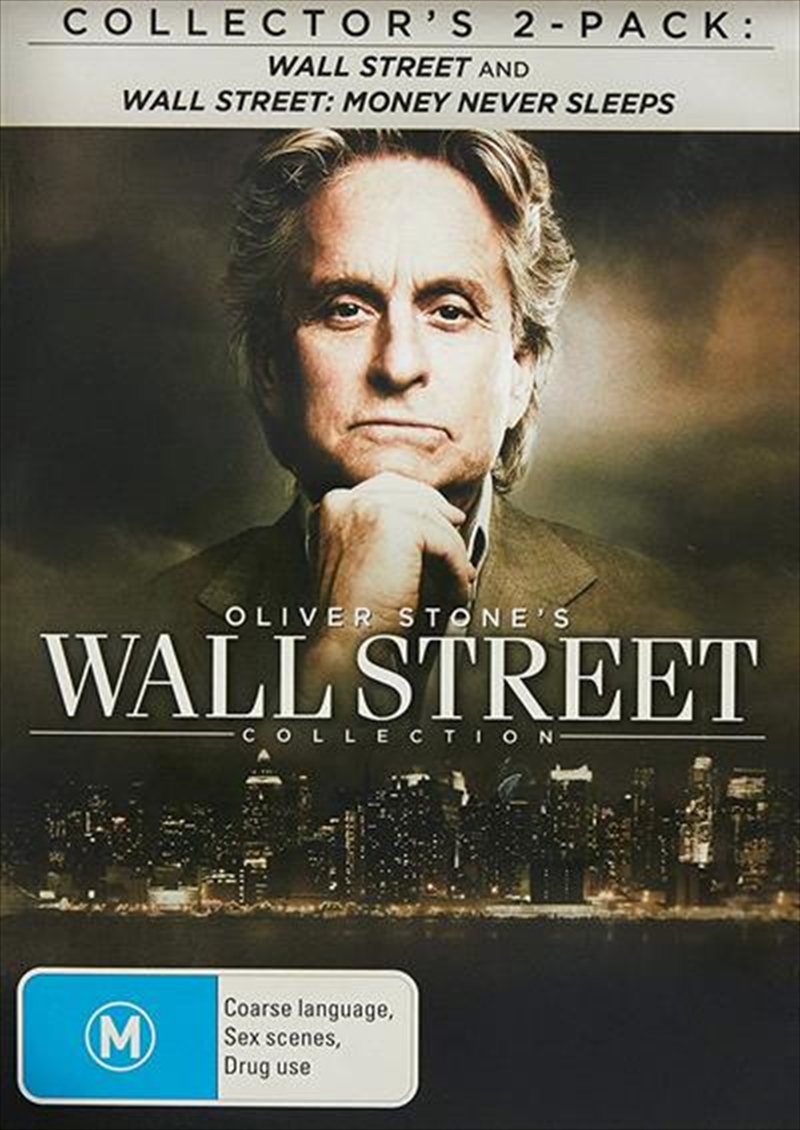 Shipping - See delivery options.
Postcode:
Quantity:
SEE MORE IN:
4 for $50 DVD, Blu-ray & More
Contains 2 titles:
1. Wall Street - Bud Fox is a Wall Street stockbroker in early 1980's New York with a strong desire to get to the top. Working for his firm during the day, he spends his spare time working an on angle with the high-powered, extremely successful (but ruthless and greedy) broker Gordon Gekko. Fox finally meets with Gekko, who takes the youth under his wing and explains his philosophy that "Greed is Good". Taking the advice and working closely with Gekko, Fox soon finds himself swept into a world of "yuppies", shady business deals, the "good life", fast money, and fast women; something which is at odds with his family including his estranged father and the blue-collared way Fox was brought up.
2. Wall Street - Money Never Sleeps - Michael Douglas and Shia LaBeouf star in Oliver Stones Wall Street 2. Douglas is back in his Oscar-winning role as Gordon Gekko, whose iconic Greed is good mantra and daring corporate raids made him a rock star of financial titans. Emerging from a lengthy prison stint, Gekko finds himself on the outside of a world he once dominated. But a young, idealistic investment banker (LaBeouf) learns the hard way that Gekko is still a master manipulator and that today more than ever, money never sleeps.