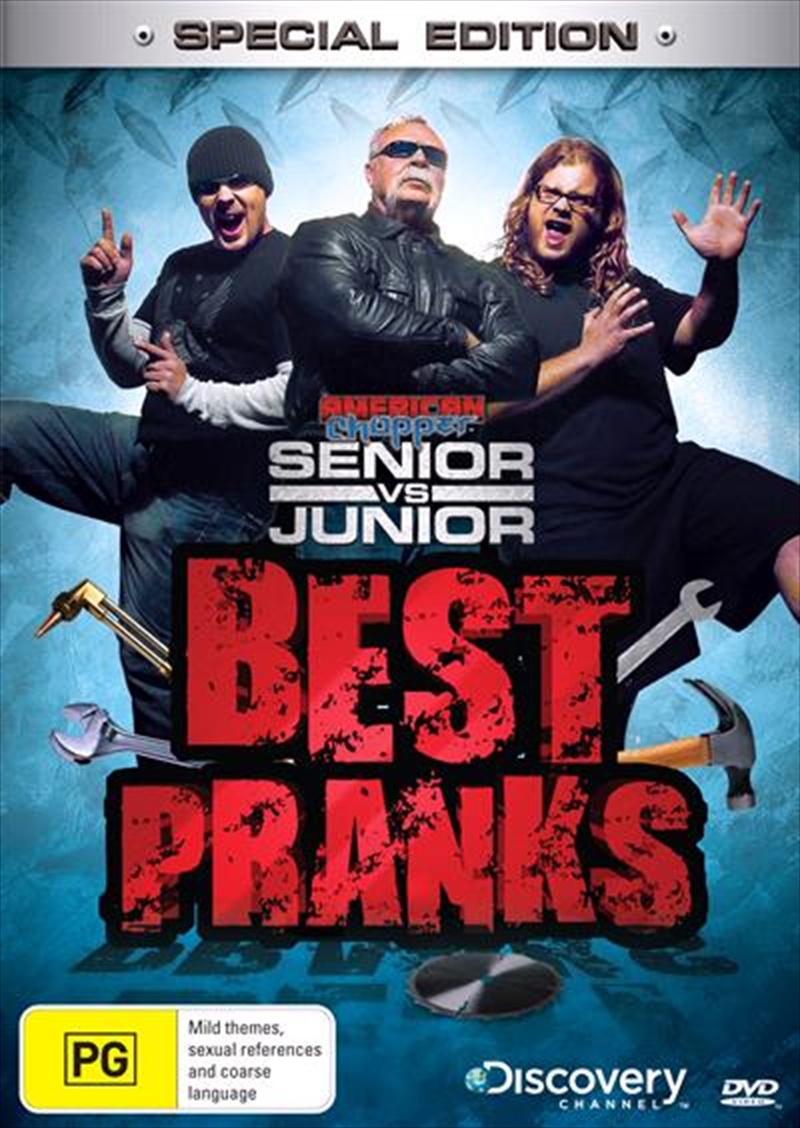 A follow-up to American Chopper Live: The Build-Off, this special edition release of Senior Vs Junior includes the most memorable pranks from the series and an additional bonus episode of Mikey's best moments. Over half a million DVDs have been shipped of American Chopper since the series' launch in 2004 and the show continues to increase its audience locally with Paul Sr.'s recent appearance on Celebrity Apprentice driving ratings through the roof on FOX 8. Broadcast on Discovery Turbo Max from September, this episodes will have fans reminiscing their favourite scenes from the show. The fourth season of the hit series is now also available on DVD.
DETAILS