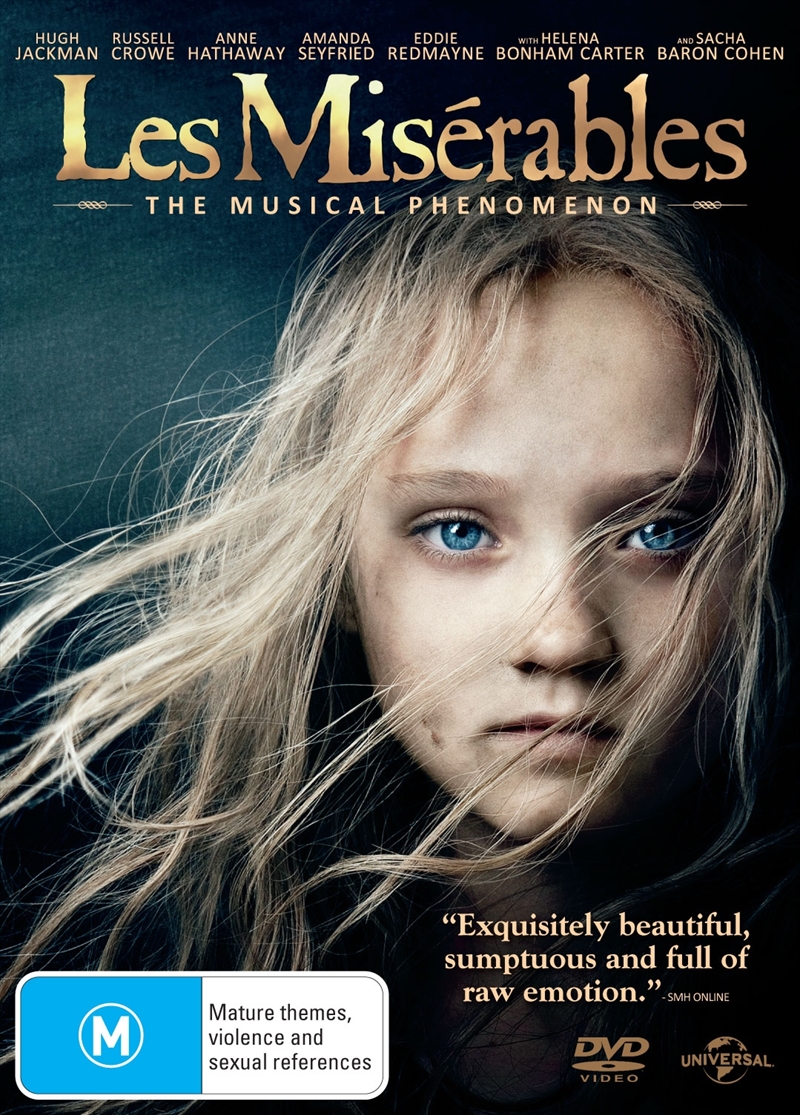 This year, the world’s longest-running musical brings its power to the big screen in Tom Hooper’s sweeping and spectacular interpretation of Victor Hugo’s epic tale. With international superstars and beloved songs—including “I Dreamed a Dream,” “Bring Him Home,” “One Day More” and “On My Own”—Les Misérables, the show of shows, is now reborn as the cinematic musical experience of a lifetime.