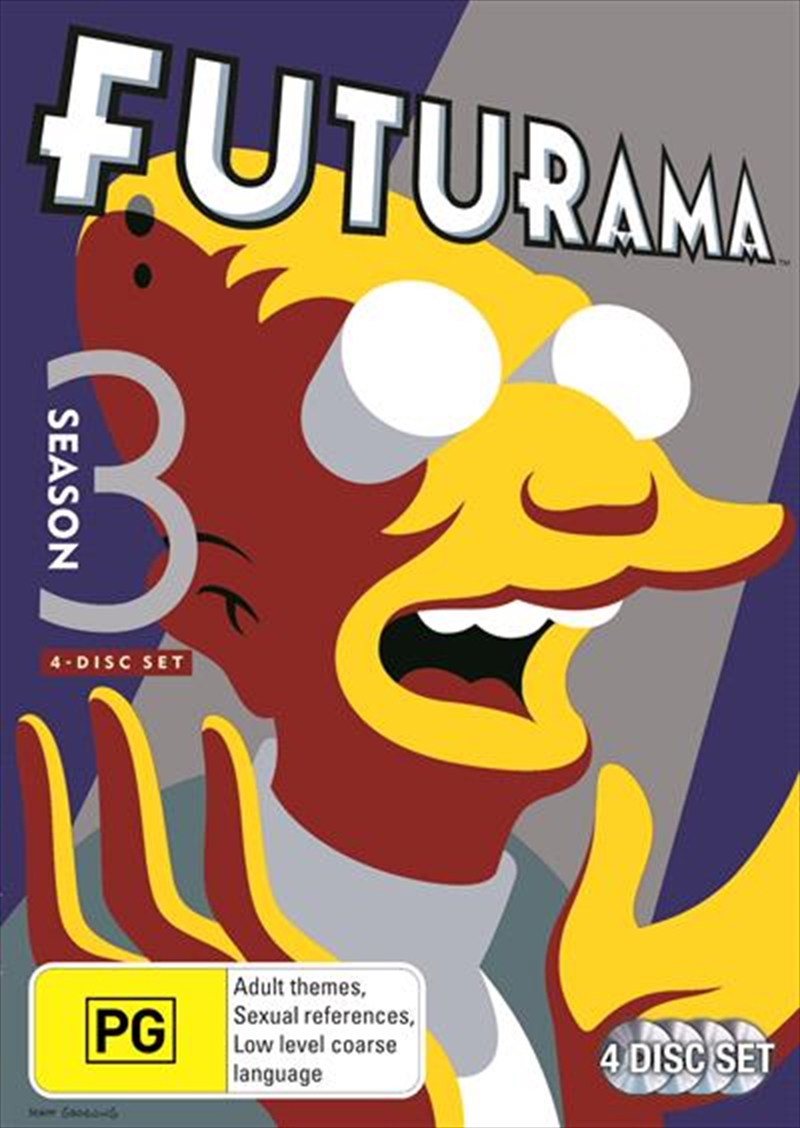 Shipping - See delivery options.
Postcode:
Quantity:
SEE MORE IN:
3 for $40 TV
DESCRIPTION
Forget all the pizza deliveries, forget the explorations of new planets, forget beer and cigars... (Well, maybe not the beer and cigars...) Leela, Fry and Bender are in love! Season 3 brings a heart shape haze round the Planet Express spaceship as all three characters have their eyes opened to the world of the opposite sex! In Bendless Love, the lovely Angleyne, a curvaceous fembot wins over the love chip of Bender! For the first time we see Bender using his somewhat backward logic to get more than the nearest whiskey. He meets Angleyne whilst spending time at the bending factory with his friend Flexo, trying to overcome his uncontrollable need to bend! In true Bender style we see him impressing her by bending the unbendable girder of Flexo's head... Leela also meets up with an old flame Dr Adlai in The Cyber House Rules. In an attempt to win Leela back, the doctor operates on her to give her two eyes! Will she keep her new vision of the world and her man? Not if Fry has anything to do with it! But, Fry has his own fun as he is seduced by virtual woman, Liubot (voice guest appearance from Lucy Liu - Charlie's Angels, Ally McBeal) in I Dated A Robot. Fry immediately falls for her, much to the annoyance of the other female members of the crew who try to steal the virtual head of the futuristic vixen! Revenge is sweet in Futurama and suddenly the city is covered in Lucy Liu downloads...! Season 3 is a must-buy addition to Matt Groening's fantastically animated Fururama DVD collection. The Emmy Award(tm) winning series (Outstanding Animated Program - Roswell That Ends Well) has four discs and each are cyber-packed with value added material including Easter eggs, deleted scenes and hilarious commentary from both the creators and the voice talent. Also, for creative viewers there is a step-by-step guide on how to draw Fry and Leela, as well as galleries of the early and current drawings of our favourite Futurama characters.
TRAILER
DETAILS