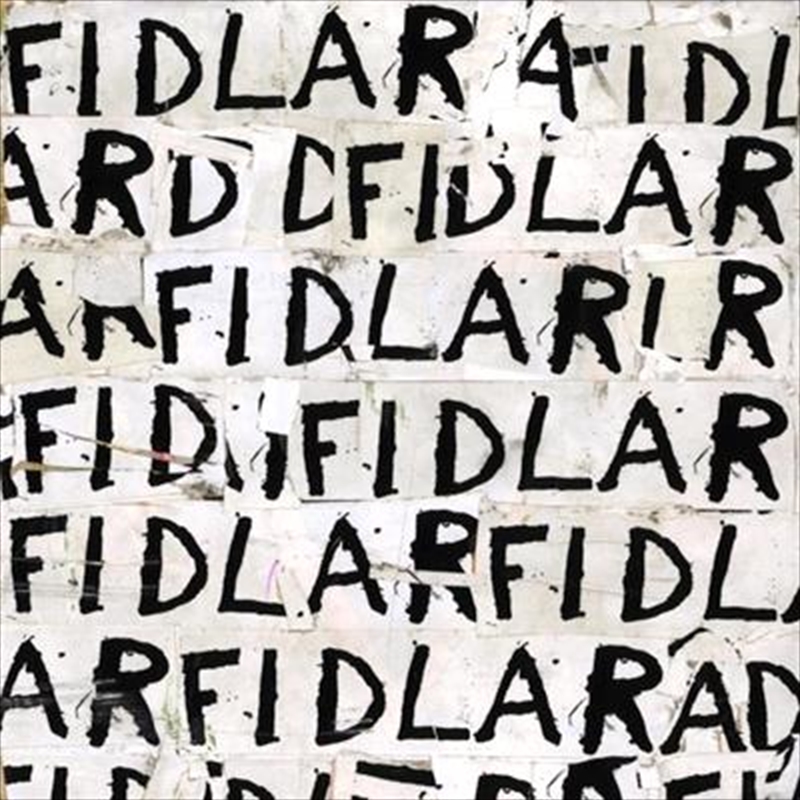 Shipping - See delivery options.
Postcode:
Quantity:
SEE MORE IN:
Fidlar
DESCRIPTION
The loud, garagey, rock 'n' roll sounds of FIDLAR hit you like that first rip of weed you took during class in the bathroom at high school. Raised on early 80's west coast punk, Zac Carper and Elvis Kuehn write trashy nuggets with a melodic CCR sensibility. Based in LA, where they record demos and make weird YouTube videos for every song they have, these dudes blend the brattiness of Redd Kross and the party mentality of Black Lips to form their own sound that is FIDLAR.

The 4 piece came together in 2010 and has some seriously dangerously catchy tunes, including their first single ‘Cheap Beer’. ‘Cheap Beer’ can be described as “full-throttle at all the right moments, it’s as if the Ramones had grown up on the ‘other coast’ with the 90s trappings of skateboards and branded baseball boots. And it’s all instinctive.”

The beginnings of FIDLAR start with Elvis Kuehn working as an intern at L.A. recording studio Kingsize in summer 2009 when he stumbled upon a path for his future – namely, Zac Carper, who worked (and slept) at the studio as an engineer for producer Rob Schnapf. After an impromptu jam session felt right, singers/guitarists Elvis and Zac each recruited a member (Elvis' brother Max on drums, Zac's friend Brandon Schwartzel on bass) and debuted live as FIDLAR in spring 2010. Their raw and rambunctious shows have given way to EPs and now a debut self-titled LP.

Elvis and Max, whose father Greg was a member of T.S.O.L., cite skateboarding culture as an influence on their sound. "I personally found such good music from watching skate videos as a kid," Max says. And their name (which stands for "Fuck It Dog, Life's A Risk") was a phrase Zac gleaned from some skater kids he lived with. "They'd always say 'FIDLAR' before they'd do a crazy trick, like to pump each other up," he says. "One night we got really wasted and tattooed it on our knees. That shit's pre-YOLO."

While they only have a short history, the band has toured extensively, including playing Lollapalooza, Delta Spirit and fellow compatriots-in-party JEFF the Brotherhood. The band’s reputation was built on performances at house parties. They’ve even made merchandise from their own (dirty, worn) t-shirts, painting over what was there.