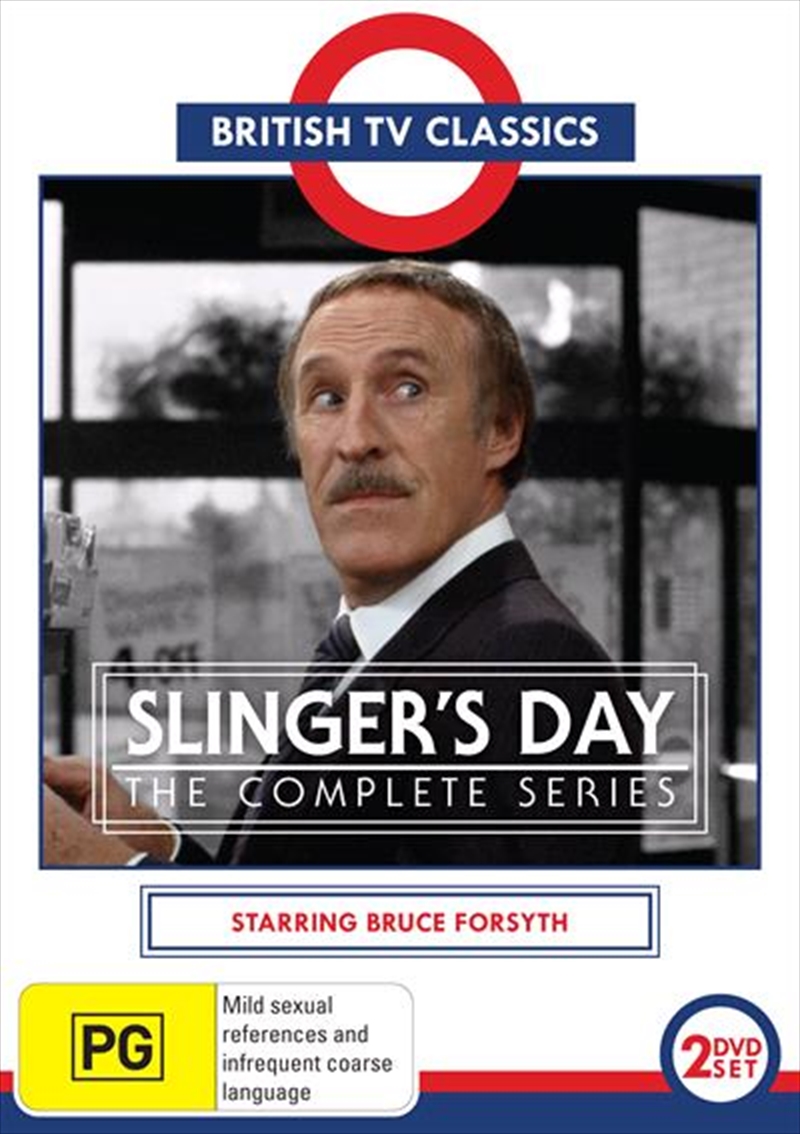 Featuring light entertainment legend Bruce Forsyth in his only sitcom role, Slinger's Day charts the trials and tribulations of the beleaguered manager of a London supermarket. This hilarious series boasts scripts written by veteran comedy writers Brian Cooke and Vince Powell, Sorry creators Ian Davidson and Peter Vincent, and novelist Alex Shearer. This set contains both series.Environmental protesters, a shoplifting epidemic, a burgeoning butter mountain and largely incompetent staff are just a few of the problems facing Cecil Slinger, the new manager of Supafare. And just how is he supposed to offload 560 packets of Jacobson's Savoury Fishcakes when no-one wants to buy them? Slinger has to concede that the puiblic doesn't respond to lying, cheating and deception any more. Whatever happened to the old values?