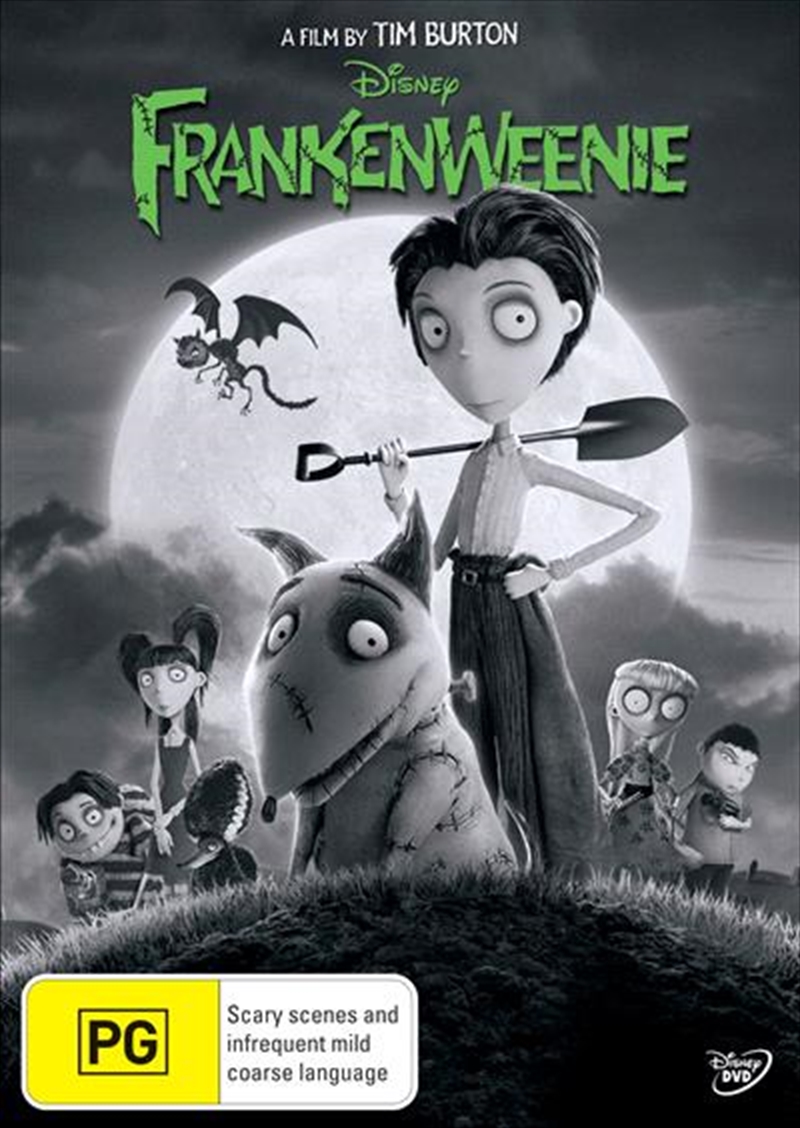 Shipping - See delivery options.
Postcode:
Quantity:
SEE MORE IN:
3 for $30 Movies & More
DESCRIPTION
From creative genius Tim Burton (Alice in Wonderland, The Nightmare Before Christmas) comes Frankenweenie, a heartwarming tale about a boy and his dog. After unexpectedly losing his beloved dog Sparky, young Victor harnesses the power of science to bring his best friend back to life with just a few minor adjustments. He tries to hide his home-sewn creation, but when Sparky gets out, Victors fellow students, teachers and the entire town all learn that getting a new leash on life can be monstrous. A stop-motion animated film, Frankenweenie will be filmed in black and white and rendered in 3D, which will elevate the classic style to a whole new experience.
TRAILER
DETAILS