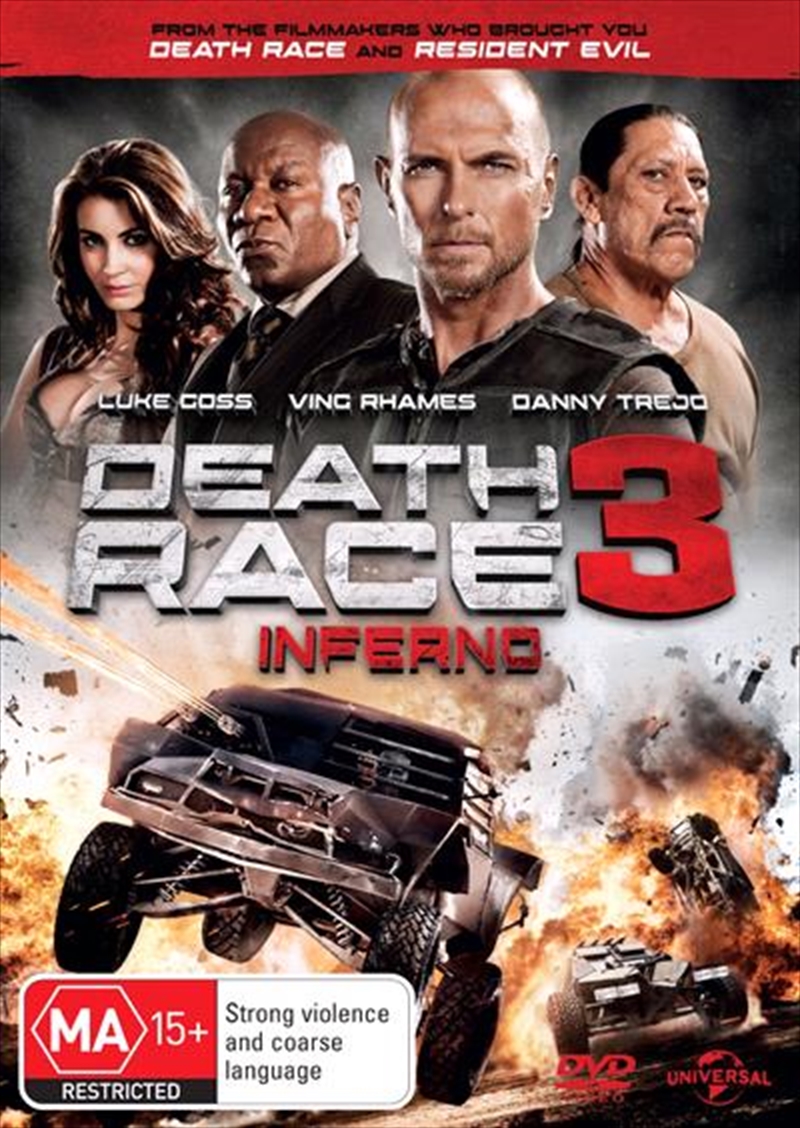 Shipping - See delivery options.
Postcode:
Quantity:
SEE MORE IN:
Death Race 3 for $20 Movies & More
DESCRIPTION
Carl Lucas / Frankenstein (starring Luke Goss) has won four of his races and needs to win one more to win his freedom. Before his final race, Lucas and his team, car and all, are transferred to another prison where they will compete in a Death Race in the desert. Also, at the same time, Ceaser (starring Ving Rhames) runs into a marketer who wants to franchise the Death Race program.
TRAILER
DETAILS