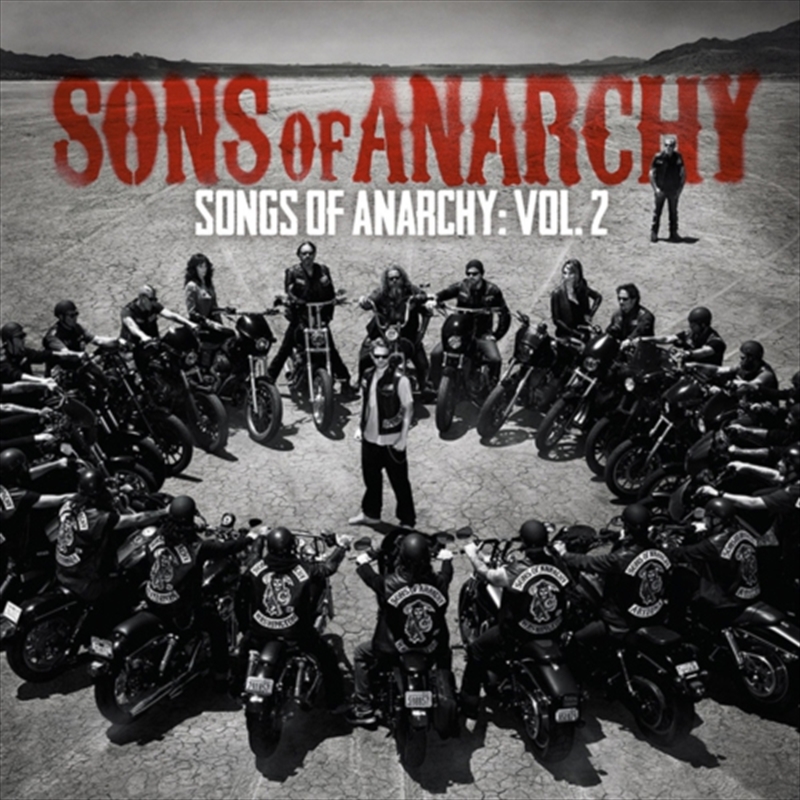 Shipping - See delivery options.
Postcode:
Quantity:
SEE MORE IN:
Sons Of Anarchy
Songs of Anarchy: Vol. 2 is a collection of songs recorded for the hit FX show, this album features 7 brand new songs that were recorded EXCLUSIVELY for Season 5 of Sons of Anarchy. The soundtrack features new renditions of classic tunes such as “Higher Ground,” “To Sir with Love,” “The Unclouded Day” and “Travelin’ Band”.

The collection kicks off with a never before heard recording of “Sympathy for the Devil,” by iconic rock band Jane’s Addiction, which has been recorded for the season 5 finale.

Jane’s Addiction guitarist Dave Navarro will also guest star in the last two episodes of the season, as a member of the Byz Lats gang with close ties to Nero (Jimmy Smits).

Golden Globe® Award winning actress/singer Katey Sagal returns with a beautiful rendition of “To Sir with Love,” a collaboration track with The Forest Rangers. Other notable tracks include “The Lost Boy,” “No Milk Today,” and the stunning recording of “Time” which features Battleme & The Forest Rangers.

1. Jane’s Addiction - Sympathy For The Devil

4. Noah Gundersen & The Forest Rangers - He Got Away

5. Katey Sagal & The Forest Rangers - To Sir With Love