No Rest For The Sickest 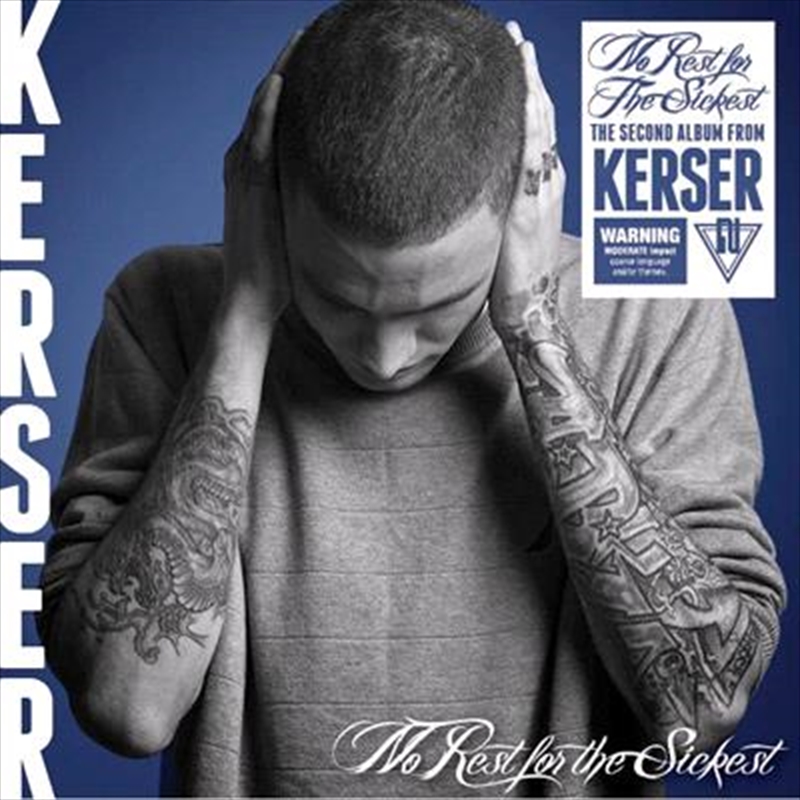 No Rest For The Sickest

Shipping - See delivery options.
Postcode:
Quantity:
SEE MORE IN:
Kerser
Kerser, the now infamous champion of the Australian underground, is back with his second album No Rest For The Sickest. Joining forces with production don Nebs once again, the symbiotic duo continues to strengthen their unique sound, one which has taken the country by storm. With less than one year between releases, Kerser's debut effort The Nebulizer ran down the gates of convention, and in its wake generated a new sub culture captained by the brazen emcee. Thousands now hang on his every facebook update, wait anxiously for his next YouTube clip. Defiant his music remained untainted by the onslaught of attention, Kerser has created an honest, raw and ruthless sophomore album, his notorious conviction still intact. Vocal contributors on the album include cohorts Rates, Nebs, and Sarm, who bring their perceptions to the table, already set by Kerser with all manner of poignant topics.

Title: No Rest For The Sickest

Got The Feelin - Feat. Rates

We Run Shit - Feat. Nebs And Sarm (Thats Them)

They Will Never Understand

Put The Pipe Down - Feat. Rates