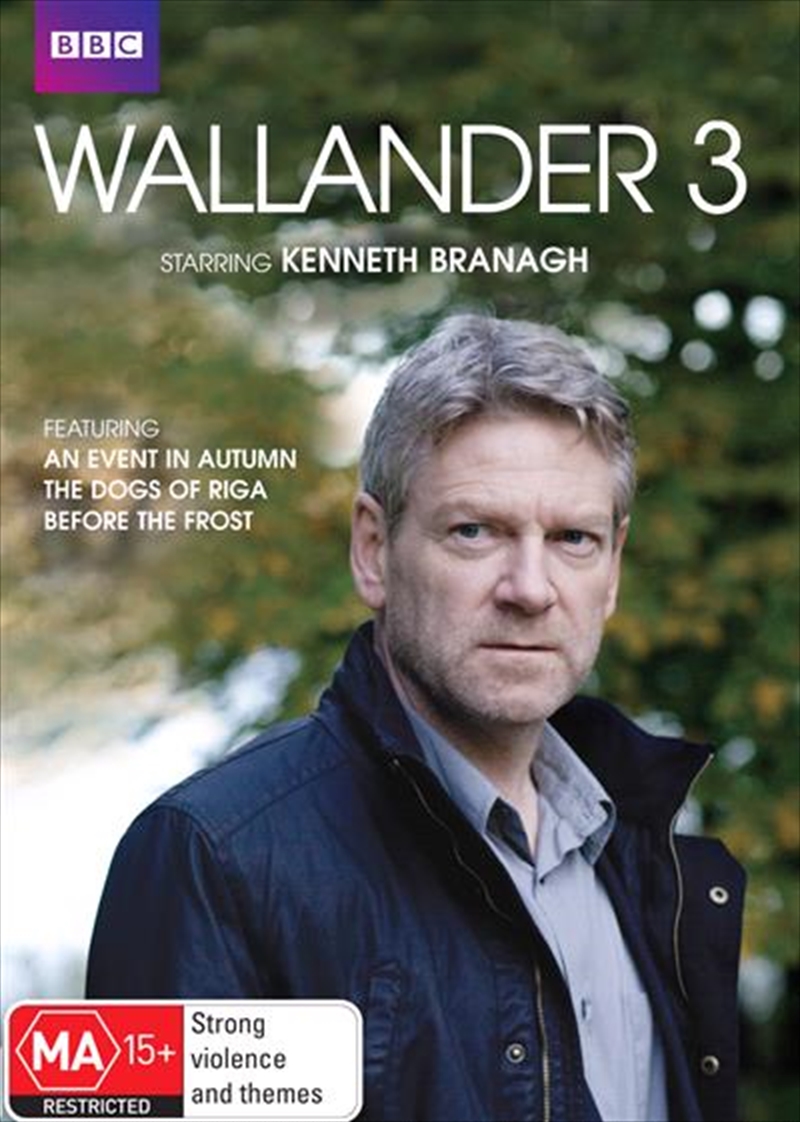 Shipping - See delivery options.
Postcode:
Quantity:
DESCRIPTION
Kenneth Branagh returns to his BAFTA award-winning role as Inspector Kurt Wallander in three new feature length episodes of the acclaimed detective drama based on Henning Mankells best-selling novels. Having relocated to the Swedish countryside, Wallanders fresh start is crushed when the remains of a young woman are found buried in his back garden in An Event in Autumn. In The Dogs of Riga Wallander travels to Latvia to assist the Rigan police in the hunt for killers but soon finds himself entangled in a web of corruption with no one to trust. Before the Frost finds Wallander fearing for the safety of his daughters childhood friend when it appears she has become involved with a religious fanatic. As Seen on ABC1
DETAILS