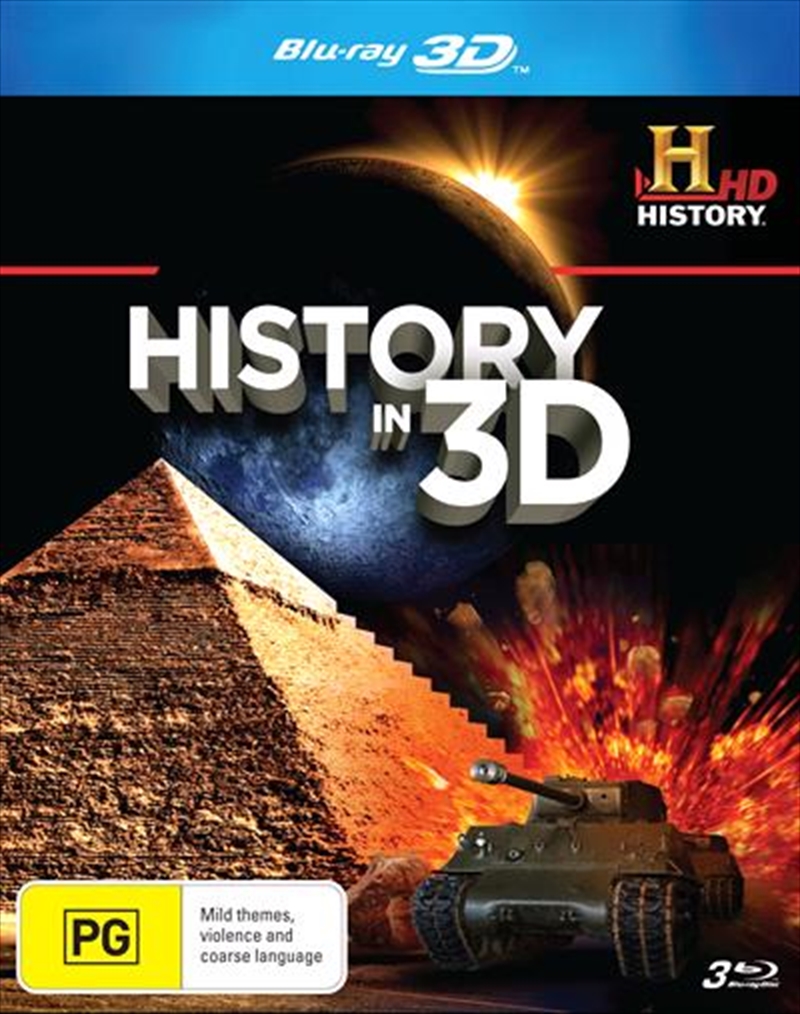 WWII IN 3D - WWII in 3D creates a fully immersive portrait of history's largest and bloodiest conflict. From the rise of the Nazis and their sweep across Europe to the Allied counterattack and the fall of Nazi Germany, dramatic moments were captured in 3D and then shuttered away in secret archives. Compiled here for the first time, are 3D colour photos from Allied reconnaissance, images documenting the rise and fall of the Third Reich, photos secretly taken by a civilian in occupied France, and more.
TITANIC: 100 YEARS IN 3D - In 2010, the Woods Hole Oceanographic Institute and RMS Titanic, Inc. undertook an unprecedented expedition to document the entire wreck site and capture it all with high-resolution optical video, sonar, acoustic imaging, and 3D-HD video. Titanic: 100 Years in 3D pairs this stunning imagery with powerful untold stories of passengers and crew.
HISTORY OF THE WORLD IN TWO HOURS IN 3D - From the formation of the earth and the emergence of life, to the advance of man and the growth of civilisation, the CGI-driven History of the World in Two Hours in 3D offers viewers a rapid-fire view of 14 billion years of history.